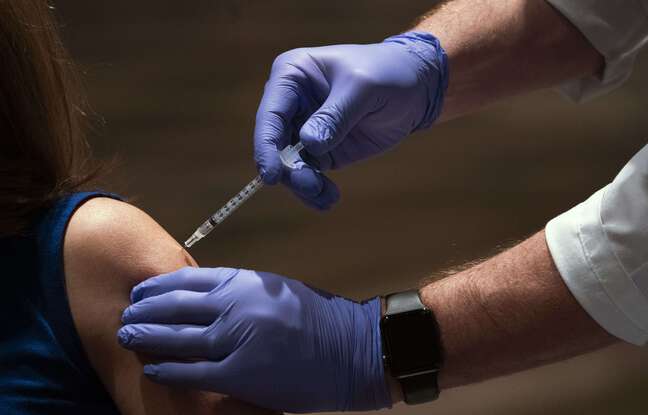 Vaccinated is it won? In a country that no longer knows what to invent to get its people to get vaccinated, Ohio Governor Mike DeWine on Wednesday announced the creation of a lottery for people who have received an injection, with $ 1 million at stake. To win the prize pool, participants must be over 18, live in Ohio, and have received at least one dose of an anti-Covid vaccine.

“I know some might say, ‘DeWine, you’re crazy! Your $ 1 million raffle idea is a waste of money.’ But the real waste, at this stage of the pandemic, when the vaccine is available to all who want it, is death due to Covid-19, ”said Mike DeWine, Republican governor of this state in the north of the United States. .

A scholarship for children under 17

The first winner will be announced on May 26. Then, a new winner will be drawn “every Wednesday for five weeks” and will win the same amount each time, said Mike DeWine. The money will be taken from already existing federal funds set up to deal with the pandemic. At the same time, a similar lottery aimed at vaccinated under-17s will receive a full four-year scholarship to one of Ohio’s state universities, a valuable gain in a country where higher education is expensive. .

The U.S. Medicines Agency (FDA) on Monday extended the authorization of the Pfizer / BioNTech vaccine to adolescents aged 12 to 15. In the United States, where the daily number of doses administered is now declining, incentives are increasing to convince the undecided. A beer, donuts or tickets to sporting events: anything is good to push Americans to be vaccinated.

In early May, Maryland announced that state employees would receive $ 100 if they were vaccinated. In West Virginia, the same amount is offered as a savings bonus to 16-35 year olds, an age group more reluctant to be vaccinated. About 58.7% of American adults have received at least one injection.