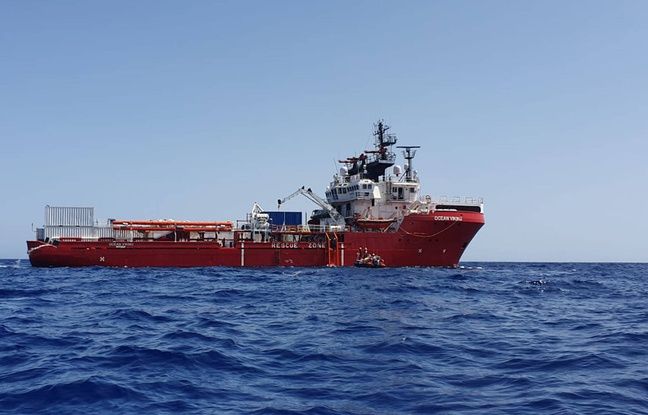 The Ocean Viking sea rescue boat rescued 236 people on Tuesday. They were trying to reach Europe from Libya in two overloaded inflatable boats, the NGO SOS Méditerranée announced in a statement.

The migrants were in international waters, 32 nautical miles off the coast of Zawiya, a city in western Libya, according to SOS Mediterranean. “Several survivors were weak, dehydrated”, lamented the NGO, adding that “the women suffer from slight burns due to the fuel and have inhaled fumes”.

Among the survivors, of fifteen different nationalities, “what is striking is that there are many minors, 114 of whom are unaccompanied”, indicated Frédéric Penard, director of operations. The rescue operation proceeded “once again without coordination” and took about three hours.

(2/2) Several survivors were weak, dehydrated and are now recovering aboard the#OceanViking. The women suffered minor burns from the fuel and inhaled fumes. 114 minors are unaccompanied pic.twitter.com/h5MvveA4sI

This rescue comes just days after SOS Mediterranean teams spotted around ten bodies off the coast of Libya near a makeshift boat that had been overturned. One hundred and thirty people are said to have perished in this shipwreck. “A dramatic episode for the crew of the Ocean Viking”, described Frédéric Penard, “and traumatic because once again the coordination of the rescue was not done as it should”.

Currently, the SOS Méditerranée ship is the only one in this area where migrants try to cross every day on very dangerous makeshift boats. At least 453 migrants have died since the start of the year trying to reach Europe via the Mediterranean, according to figures from the International Organization for Migration (IOM).