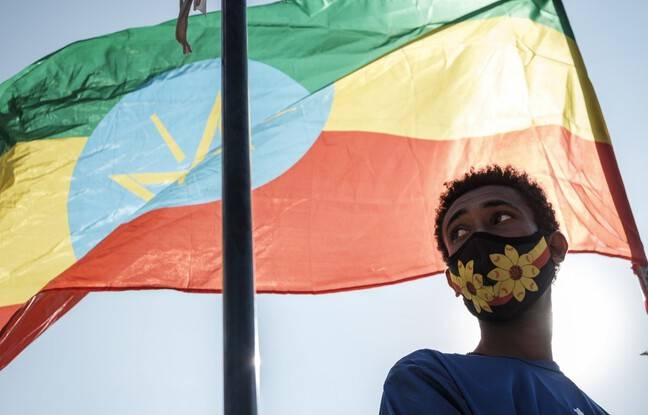 Gunmen killed at least 34 people in the “appalling” bus attack in the Benishangul-Gumuz region of western Ethiopia, the scene of recent deadly violence against civilians, reported Sunday the national human rights body. “The estimated number of victims (dead), currently 34, is likely to increase,” said the Ethiopian Human Rights Commission (EHRC), an independent public institution which also reports other attacks in the region during the night from Saturday to Sunday.

There is no link established between this violence and the military operations carried out since November 4 by the federal army against the dissident authorities in the Tigray region (northern Ethiopia), which have driven more than 20,000 people to flee. to Sudan. The EHRC recalls that it had already underlined at the end of September the “particular gravity and the repetition of the attacks in the region” of Benishangul-Gumuz.

15 dead already at the end of September

“This latest attack tragically increases the human toll” in the region, declared in this press release the head of the EHRC, Daniel Bekele, who nevertheless considers that “the rapid intervention of the security forces to avoid any escalation is encouraging”. The attack took place in the administrative area of ​​Metekel, where at the end of September, the EHRC had already reported the deaths of 15 civilians, in violence described as “targeted killings”. In mid-October, the power-affiliated radio-television Fana BC reported the deaths of 12 civilians in the same area of ​​Metekel.

The federal government of Prime Minister Abiy Ahmed did not give much information about the clashes in this region, merely indicating at the end of September that 300 people had been arrested and that the causes of the violence were being investigated. investigation. In mid-October, Dessalegn Chanie, an opposition politician based in the neighboring Amhara region, estimated that these attacks targeted members of the Amhara ethnic group, the largest in the country after the Oromos.

A mosaic of peoples

Dessalegn Chanie and other Amhara leaders have been claiming for several weeks that militias of members of the Gumuz ethnic group have started a campaign to drive residents of the Amhara and Agew ethnic groups away from the Metekel area. The prime minister told MPs in October that the attackers were trained and armed in neighboring eastern Sudan and called on Khartoum to stabilize this area.

Ethiopia is a mosaic of very many peoples, united within an “ethnic federalism”. After almost thirty years of iron power in Ethiopia, the policy of openness launched since he came to power in 2018 by Abiy Ahmed has awakened local territorial ambitions and old community disputes, leading to deadly violence.