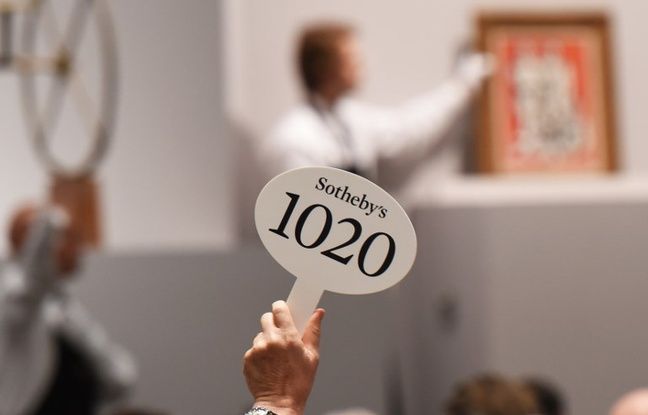 An almost complete skeleton of a nearly 40 million year old saber-toothed tiger was sold on Tuesday at auction in Geneva (Switzerland). The 1.20 m long and 40 cm high specimen sold for 70,000 euros in one minute. The fossil was put on sale during a session dedicated to paleontology at the Hôtel des Vente in Geneva. “The buyer is a private Swiss collector,” said a spokesperson for the auction house.

This specimen ofHoplophoneus, a sort of very large lynx, had been estimated by experts between 55,760 and 74,350 euros. 90% complete, it was found on a ranch in South Dakota (United States) in 2019.

About forty pieces were offered for auction on the same day. An 85 cm long fin of a mosasaur, a genus of marine reptile from the Cretaceous, was sold for 6,500 euros. A Tyrannosaurus Rex tooth was sold for 5,100 euros, almost double its estimate.

A remarkable fossilized Jurassic dragonfly (150 million years ago), with a wingspan of 17.5 cm, was also sold for more than 4,600 euros. Among the items on offer, a dinosaur femur Camarasaurus Grandis from the Jurassic, 102 cm, remained unsold, the reserve price not having been reached. A magnificent ammolite fossil, a real pearl jewel, suffered the same fate.

Paleontology sales are widely criticized by specialists, who admit, however, that many fossils auctioned would no longer advance science. Experts and paleontologists nevertheless point out that important pieces can sometimes be part of the lots for sale.