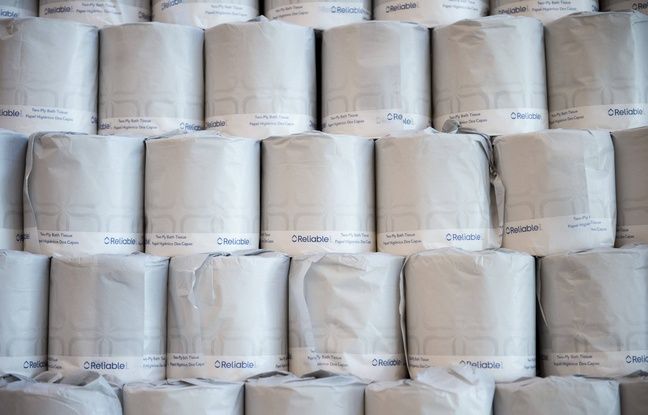 The perpetrators of an armed robbery of hundreds of rolls of toilet paper, which the Hong Kong people tore off in the first days of the pandemic, were sentenced on Thursday to more than three years in prison, indicates a local media. The three men, who armed with knives had stolen some 600 rolls of toilet paper last year, were each sentenced to 40 months in prison, according to the Hong Kong newspaper. Mingpao.

In February 2020, when the first cases of coronavirus appeared in the Asian financial center, toilet paper had become scarce, with residents fearing a shortage of this product. They then rushed to supermarkets to build up stocks of basic necessities and food.

As supermarkets were unable to restock quickly enough, long lines of customers formed in front of stores even before they opened. Barely stocked, the shelves were emptying at full speed. On social networks, residents proudly displayed their stocks of toilet paper rolls from their tiny apartments.

The three perpetrators of this theft admitted to having used a knife to threaten a delivery driver in front of a large supermarket in the popular district of Mongkok. They left with 50 packets of toilet paper representing a market value of 1,700 HKD (183 euros), before being arrested by the police.

According to Mingpao, the three men, who admitted to having committed this theft, apologized to the delivery man and reimbursed the stolen rolls. But the judge considered that this crime was premeditated and should be punished by a prison sentence, specifies the newspaper.