50 journalists killed in 2020, most of them in peaceful countries 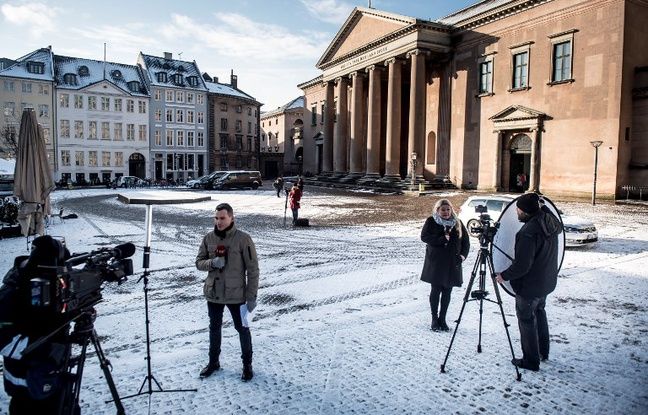 Fifty journalists were killed in 2020, the majority in countries at peace, and nearly 400 were imprisoned, the NGO Reporters Without Borders (RSF) announced in its annual report, published on Tuesday.

Despite the reduction in the number of reports due to the Covid-19 pandemic, the figure is stable compared to 2019 when 53 journalists were killed. Over 10 years, the NGO has counted 937 journalists killed.

The press defense organization notes the reduction in the “number of journalists killed in war fields”, but more and more assassinations in so-called peaceful countries, a trend that began in 2016. In 2016, 58% journalists were killed in conflict zones against 32% this year in countries at war such as Syria and Yemen or “areas mined by low or medium intensity conflicts” (Afghanistan, Iraq). In 2020, nearly seven journalists out of ten – or 34 journalists representing 68% of the total number – were killed in countries at peace, underlines RSF, which carried out its annual count between January 1 and December 15.

Mexico is the deadliest country for the profession with 8 killed, followed by India (4), Pakistan (4), the Philippines (3) and Honduras (3). Of all the journalists killed in 2020, 84% were knowingly targeted and deliberately eliminated, against 63% in 2019. “Some were killed under particularly barbaric conditions,” said RSF. Like the Mexican journalist Julio Valdivia Rodriguez of the daily El Mundo de Veracruz found beheaded in the east of the country, and his colleague Víctor Fernando Alvarez Chavez, editor-in-chief of a local news site, cut into pieces in the city of Acapulco.

“What is weakened is the right to information”

In India, journalist Rakesh Singh “Nirbhik” was “burned alive after being sprayed with highly flammable hydro-alcoholic gel, while journalist Isravel Moses, correspondent for a Tamil Nadu television station, was killed. with machetes, ”reports RSF. In Iran, it was the state that sentenced to death and then executed by hanging the administrator of the Telegram Amadnews channel, Rouhollah Zam.

“A part of the public considers that journalists are victims of the risks of the profession, even though they are increasingly attacked when they investigate or report on sensitive subjects. What is weakened is the right to information, ”laments Christophe Deloire, secretary general of RSF. Nearly twenty investigative journalists have been killed this year: ten investigating cases of local corruption and embezzlement of public funds, four dealing with the Mafia and organized crime and three working on subjects related to environmental issues. RSF also notes the deaths of seven journalists covering protests in Iraq, Nigeria and Colombia, a “new fact”, according to the NGO.

In the first part of its annual report, published in mid-December, RSF had identified 387 imprisoned journalists, “a historically high number”. The organization had also noted a pandemic effect with the appearance in the spring of a “significant peak in press freedom violations”, favored by “the emergency laws or emergency measures adopted” in the most countries. According to RSF, which launched the Observatory 19 in March, dedicated to the issue, “arrests and arrests” were “multiplied by 4” between March and May.

“Out of more than 300 incidents directly linked to journalistic coverage of the health crisis” between February and the end of November, involving nearly 450 journalists, “arbitrary arrests and arrests” represent “35% of the abuses recorded (in the face of physical or moral violence ) ”. “Press freedom is everywhere in decline”, also warns in its annual report the International Federation of Journalism (IFJ) which has identified 2,658 journalists killed in the world since 1990, deploring in 90% of cases of assassinations “few, or even no prosecution ”.