53 countries ask WHO leaders for explanations 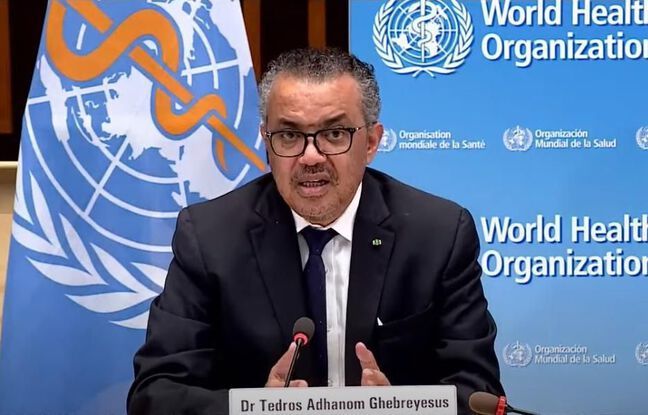 Scandal at the WHO. This Friday, 53 member countries of the World Health Organization signed a text in which they call on the leaders of the UN agency to explain the facts of sexual assault committed by members of the staff of this organization. they would have failed to report according to several media. Charges brought in mid-May against humanitarian workers, including the World Health Organization, in the Democratic Republic of the Congo.

“We expressed our concern after media reports suggesting that WHO management was aware of cases of sexual exploitation, assault and sexual harassment and failed to report them as required by the protocol of the ‘UN and WHO, as well as the allegations that staff members tried to cover up these cases ”, can we read in this text presented by Canada during the World Health Assembly and signed notably by the EU and the United States.

“Jobs in exchange for sex”

“Since January 2018, we have expressed our deep concern over allegations of sexual exploitation, assault and sexual harassment as well as abuse of authority, in relation to the activities of the WHO”, further underline the authors of this joint statement. Member countries and the WHO secretariat – including Director General Tedros Adhanom Ghebreyesus – “discussed this topic vigorously and transparently” last week. This diplomatic vocabulary generally reflects lively exchanges.

According to a survey by the specialist agency The New humanitarian (TNH) and the Thomson Reuters Foundation released on May 12, “22 women from the town of Butembo said that male aid workers responding to a Ebola (…) offered them jobs in exchange for sex ”. Last year a similar investigation reported 51 cases in the city of Beni, also in the Democratic Republic of the Congo.

General Manager Tedros in the know

Fourteen of the women “said the men identified themselves as WHO workers,” investigators said, in connection with facts dating back to 2019. An investigation by the Associated Press (AP) news agency relying on internal emails implicated two doctors working for the World Health Organization, one of whom bragged about his ties to Dr Tedros. These two doctors dismissed these accusations.

According to the AP, the investigation found that “despite their public denials, senior WHO officials were not only aware of these accusations of sexual assault in 2019 but were also asked how react ”. Directly questioned during a press briefing on May 17, neither Dr Tedros nor Mike Ryan, the head of the WHO emergency response program, themselves answered the question of whether they were aware.

Slowness of procedures and lack of transparency

On Friday, Dr Tedros spoke before the publication of the text and recalled that he had set up an independent commission which is due to report at the end of August on these allegations. “Investigators have the power to follow the evidence wherever it leads,” promised the director general, acknowledging that many member countries are “frustrated” by the slowness of procedures and the lack of transparency.

“I know I speak for all of my colleagues and the organization when I say that we take these accusations very seriously. Responding to them and rectifying them are the very essence of who we are, ”he added.