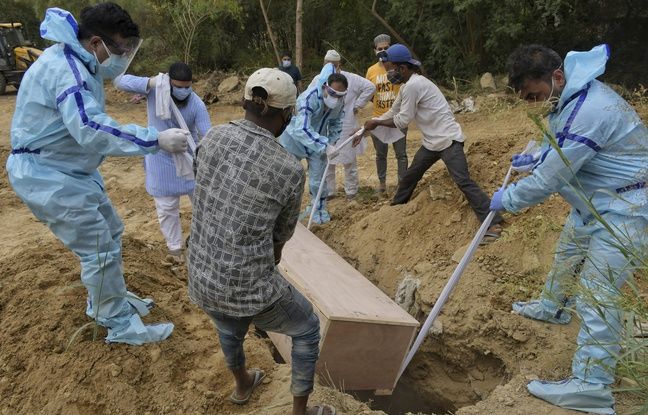 The Central Bank of India announced on Wednesday that $ 6.7 billion in cheap financing would be released for vaccine manufacturers, hospitals and healthcare companies to help counter the second wave of Covid-19 which ravages the country. Reserve Bank of India (RBI) Governor Shaktikanta Das announced that these loans would be available until March 31 next year and promised “unconventional” measures if the crisis were to worsen.

The governor of the Central Bank was speaking as India counted 3,780 deaths and 382,000 new infections in 24 hours. “The immediate goal is to preserve human life and restore livelihoods by any means possible,” Shaktikanta Das added. However, he did not recommend nationwide containment, restrictions having already been put in place in regions severely affected by the virus.

“The devastating speed with which the virus affects different regions of the country must be compensated by rapid and far-reaching actions, sequenced, calibrated and well programmed,” said Shaktikanta Das. These new measures are intended to improve access to emergency health care during the pandemic, he added, by making it easier for banks to provide cheap loans to hospitals, oxygen makers and even to the sick.

The dilapidated and underfunded Indian health system is struggling to overcome the influx of Covid-19 patients, some dying at the doors of hospitals, for lack of treatment and oxygen. The country has tried to bounce back after several months of strict containment that caused the labor market to collapse and the economy to contract nearly a quarter between April and June last year.

Asia’s third-largest economy was already in the throes of a slowdown even before the pandemic broke out, and the blow to global activity by Covid-19 coupled with strict containment of the country have severely worsened its situation. Fearing a repeat of the economic devastation suffered last year, authorities have so far imposed restrictions but remain reluctant to generalized containment.

To boost its economy, New Delhi is counting on its mass vaccination campaign which began in January, with 160 million vaccines administered to date to a population of 1.3 billion.