68% drop in UK ports exports to the EU in January 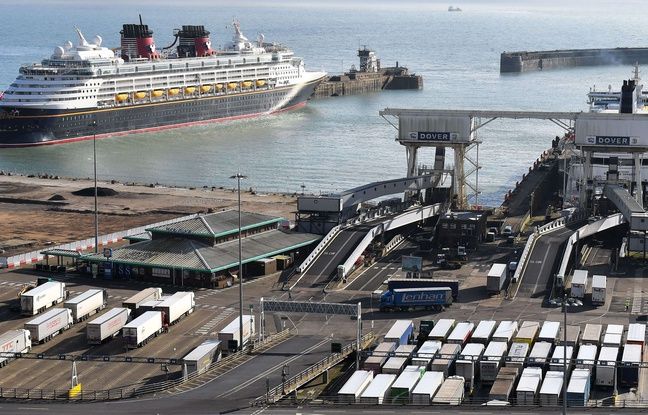 Exports from UK ports to the European Union fell 68% in January compared to the same period a year earlier, said the Road Transport Association (RHA), which sees this as the joint effect of Brexit and the coronavirus pandemic.

This is in a letter to Minister Michael Gove on February 1, to which the British weekly The Observer had access, that the president of the association, Richard Burnett advanced this figure of 68%, taken from a survey carried out among its international members.

According to the weekly, Richard Burnett believes that this is mainly due to “the massive increase in red tape facing exporters” after Brexit. He calls on the British government to greatly increase the number of customs officers responsible for helping businesses, estimating that the 10,000 people currently deployed represent “only a fifth of what would be needed”.

“I find it deeply frustrating and annoying that ministers have chosen not to listen to industry and experts,” said one who told The Observer having “warned” Michael Gove “repeatedly in recent months.”

The UK exited the Single Market on December 31

Officially exiting the European Union on January 31, 2020, the United Kingdom continued to observe its rules during the transition period which ended on December 31, when the country exited the customs union and of the single European market.

Despite the trade agreement signed at the last minute with its former partner, the British government had warned companies that “short-term disruptions” should be expected.

Indeed, British exporters now have to fill out a multitude of documents to prove that their goods are allowed to enter the European single market, an increase in time-consuming and costly procedures, which delays border crossing.

Asked by The Observer, a spokesman for Minister Michael Gove said he “did not recognize the figure advanced on exports” by the RHA, saying that “the disturbances at the border had so far been minimal” and that “the movements of freight are now close to normal, despite the Covid-19 pandemic ”, which also had a strong impact on traffic.

The director of the Association of British ports, Richard Ballantyne, assures him that this figure of 68% advanced by the RHA is “broadly in line” with what he observed on the drop in traffic.