84 refugees trying to reach England rescued off the French coast 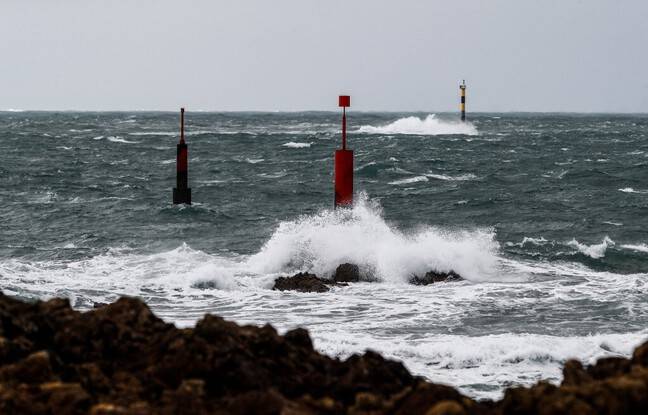 Missed crossing. Four boats, with a total of 84 migrants on board trying to reach the British coast, were rescued this Saturday off the French coast, said the maritime prefecture of the Channel and the North Sea in a statement.

Since the end of 2018, these illegal crossings of the Channel by migrants seeking to reach the United Kingdom have increased despite repeated warnings from the authorities underlining the danger linked to the density of traffic, strong currents and the low temperature of the water. In 2020, more than 9,500 crossings or attempted crossings of this type were recorded, i.e. four times more than in 2019, according to a report from the maritime prefecture. Six people were killed there and three disappeared, after four deaths in 2019.

Several operations during the night

A patrol boat from the French Navy first picked up 11 migrants off the coast of Le Touquet (Pas-de-Calais) during the night and dropped them off at the port of Boulogne-sur-Mer around 4 a.m. Then, off Boulogne-sur-Mer, an intervention, assistance and rescue tug rescued 24 castaways, including five children.

While on patrol at sea, a speedboat of the maritime gendarmerie noticed a boat of migrants “in difficulty” off Sangatte and recovered the 30 migrants, including a woman and a baby. They were brought ashore at around 6:45 a.m. At the same time, the Boulogne-sur-Mer semaphore reported a boat “in difficulty” off Ambleteuse. A boat from the National Society for Rescue at Sea (SNSM) picked up the 19 migrants, including two women and two children, and brought them back to the coast around 8 a.m.