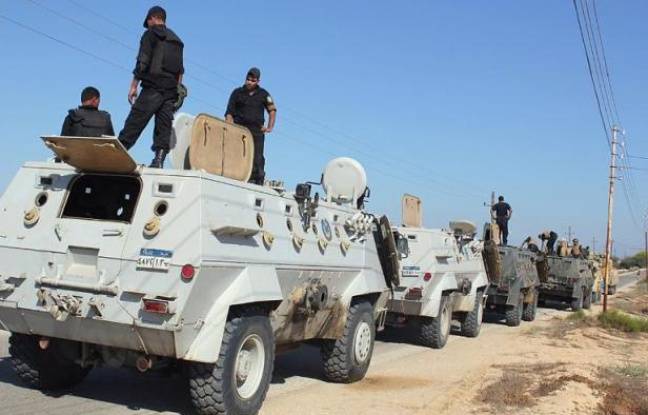 Eighty-nine jihadists from the Islamic State (IS) group were killed in army operations in the Sinai Peninsula in eastern Egypt, a military spokesman said on Sunday, without specifying when these extremists had been shot.

Eight Egyptian soldiers were also “killed or wounded,” added the army spokesman in a statement. “As part of the efforts to pursue and defeat the terrorist elements (…) during the recent period, the army managed (…) to kill 89 dangerous jihadists (…) in the north of the Sinai”, he said. -He specifies.

The exact dates of the operations not disclosed

The text did not detail the exact dates of the operations that led to the elimination of the jihadists. The army also said it destroyed 404 improvised explosive devices (IEDs), four explosive belts and 13 tunnels used by jihadists to infiltrate Egyptian territory from Gaza, a neighboring Palestinian territory.

Cairo has for years accused the Palestinian Islamist movement Hamas, in power in Gaza, of procuring arms to Islamist groups in North Sinai through tunnels passing under the border. Macabre images presented as showing the corpses of slain jihadists were published with the press release along with photos of seized weapons.

North Sinai off limits to journalists

For years, Egyptian forces have worked to end the presence of extremist groups in the northern Sinai Peninsula, mainly from the local branch of ISIS. The attacks increased after the removal in 2013 by the army of the Egyptian Islamist president, Mohamed Morsi.

Since February 2018, the army has been carrying out a large-scale operation against the jihadists, mainly in the north of Sinai and the Western Desert. About 1,060 jihadists and dozens of members of the security forces have been killed in Sinai, according to official figures. But no report from an independent source is available, and North Sinai is closed to journalists.

After the return of the Taliban, will Afghanistan once again become “a terrorist sanctuary”?

Jean-Michel Blanquer indicates that “a little more than 3,000” classes are closed in France