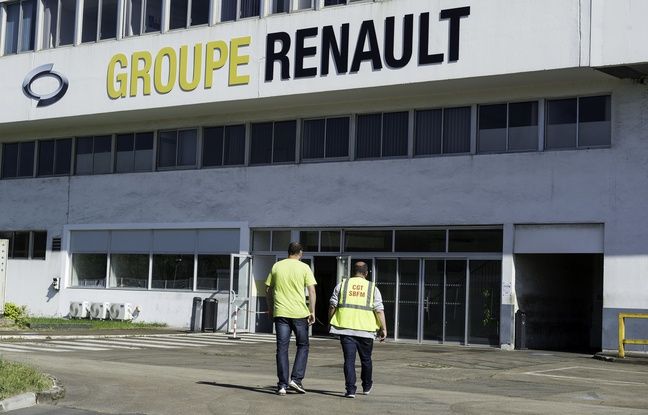 It’s not a huge surprise. Still, the announcement hurt employees. To the local elected officials too, who had not hesitated to take out the checkbook a few years ago to beg Renault to take over the Fonderie de Bretagne, a historic industrial site in Caudan (Morbihan), which the French car manufacturer had already owned. in the past. In 2009, the communities had paid five million euros to Renault to take over the plant that Teksid-Fiat had managed for ten years.

Eleven years after this takeover, the French group decided to sacrifice the foundry as part of its savings plan. Renault announced Thursday to the Social and Economic Committee (CSE) that it was looking for a buyer. The 350 people employed in the factory are shaking.

Already in difficulty, and weighed down by the health crisis, Renault announced in early 2020 a savings plan of more than 2 billion euros over three years, which provides for 4,600 job cuts out of 48,000 in France, and more than 10,000 outside of France. At the start of 2020, he announced a billion additional savings. To get through the crisis, the group was also entitled to a bank loan of five billion euros guaranteed by the French state.

Established in Caudan since 1965, the Fonderie de Bretagne manufactures suspension arms, exhaust manifolds and elbows, as well as gearbox differentials. The president of Renault Jean-Dominique Senard had mentioned in spring 2020 this Breton factory which was “not intended to remain in the Renault group”. In the summer of 2020, the manufacturer requested a strategic review of the plant from Advancy. “This analysis concludes that the site must diversify its activities and continue to reduce its production costs”.

The union reaction was not long in coming. “It is not a surprise but it is a betrayal”, estimates the CGT delegate Maël Le Goff. “What disgusts us in this story is that the employees did everything to rebuild the work tool”, following a fire in 2019, “and struggled with the job changes and schedule changes for in the end say: we’re leaving ”. The trade unionist promises “actions” before a next CSE, scheduled for March 22.

“We can understand the anger of employees”

The announcement was not really to the taste of local elected officials. “We can understand the anger of employees at this sudden acceleration. We fought for it not to close a year ago. We will fight for the future of this site and its employees. Renault owes us transparency and respect for the commitments made, ”said Loïg Chesnais-Girard, Socialist President of the Brittany region. The mayor of Lorient and president of the agglomeration Fabrice Loher asked “that Renault make commitments vis-à-vis local elected officials”, evoking “a strong impact on the territory of Lorient”.

Weighted down by the collapse of Nissan, in which it holds 43% of the capital, Renault saw its sales plunge by 21.3% over the year, with less than three million vehicles sold in a car market in free fall . The group records a historic loss of 8 billion euros in 2020.