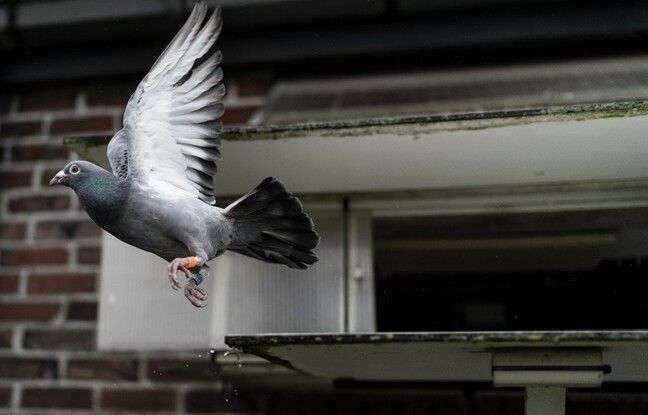 A carrier pigeon from a Belgian breeding was auctioned off to a Chinese buyer at a record price of 1.6 million euros, Sunday during an online sale organized by the specialized platform Pigeon Paradis (Pipa). New Kim, a female from a renowned breeding in the Antwerp region (north), thus becomes the most expensive bird of her species in the world, beating another bird from Flanders, the male Armando, sold 1.25 million euros in 2019 from the same buyer, according to Pipa executives.

“I consider it a world record, there has never been a sale at such a price that is attested by an official document”, said Nikolaas Gyselbrecht, founder and CEO of Pipa. “I didn’t think we could reach that amount. He (the buyer whose identity has not been specified, editor’s note) will undoubtedly want to mate her with males, ”he added, stressing that this female came from a prestigious line. At two years old, New Kim, who had been priced at 200 euros, is already a regular in pigeon racing.

In 2018, she won the title of “National Ace Pigeon Grand Middle-Distance Pigeonneaux” thanks in particular to her performances in the Châteauroux and Argenton-sur-Creuse competitions in France, according to the CV posted by Pipa. Elite European pigeons have become increasingly popular around the world in recent years, especially in China where the pigeon sport can generate huge gains. The interest of wealthy buyers, from Asia or the Gulf countries, has caused prices to jump for these “champions”, whose performance consists of returning home first, instinctively, after having sometimes traveled hundreds of miles. kilometers.

The pigeon breeding is a tradition rooted in Belgium but also in the Netherlands or in the north of France. It was considered on the decline before a resurgence of interest linked in part to these speculative purchases. According to Nikolaas Gyselbrecht, Belgium alone concentrates some 20,000 breeders of pigeons intended for high level competitions. New Kim was bred at Gaston and Kurt Van De Wouwer’s kennel in Berlaar, near Antwerp. The two breeders, father and son, sold their entire “colony” on Sunday.