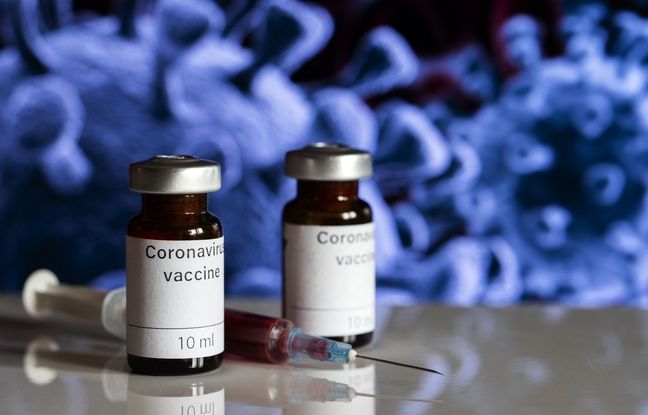 Operation transparency on vaccines has been launched in the United States. During a day Thursday, live on the Internet, about twenty independent American experts will examine the data of the Covid-19 vaccine from the American-German duo Pfizer / BioNTech in order to recommend or not its authorization, an unprecedented exercise of transparency in the world and whose flip side is that it prevented the United States from being the first to vaccinate its citizens.

At the end of the day, the advisory committee will vote its recommendation to the Medicines Agency (FDA), the green light of which should arrive in the following days. The outcome leaves no doubt: the FDA has already found the vaccine safe and effective in a data summary Tuesday.

Restoring the image of the American agency

Fedex, UPS and other carriers are ready to distribute the vaccine to hospitals and other public and private vaccination sites. Donald Trump would have liked to go faster. The manufacturers announced on November 18 that their vaccine was 95% effective, and they filed their dossier with the FDA on November 20. Since then, the United Kingdom, Bahrain and neighboring Canada have authorized the placing on the market. The first Britons including a certain William Shakespeare were vaccinated on Tuesday.

But the American agency, accused of having authorized urgently questionable treatments including hydroxychloroquine under pressure from Donald Trump in the spring and summer, was keen not to give the image of a botched procedure or subject to something other than the greatest scientific rigor, aware that potentially hundreds of millions of people will receive in the arm a product invented less than nine months ago.

The FDA and Pfizer have published 145 pages of data from a clinical trial on 44,000 volunteers, offering details of incomparable finesse with what is known about Russian and Chinese vaccines, already administered on a large scale in their countries.

“The transparency has been excellent, both in what Pfizer gave and in the synthesis of the FDA,” Eric Rubin, professor of microbiology at Harvard and one of the 23 members who will vote, told AFP.

Safe and transient side effects

What does the data say? First, that the vaccine works better than hoped. The first dose begins to protect ten days later, and the booster on day 21 reduces the risk of developing Covid-19 by 95%, compared to an unvaccinated person. The best news, Saad Omer of Yale told AFP, is that it does prevent severe forms of Covid-19.

Then, the vaccine causes many undesirable effects, often painful, but without danger: 80% of the vaccinees had pain around the site of injection, many felt fatigue, headaches or stiffness. But over two months of follow-up on average, the only potentially worrying side effect was four cases of frigorous facial palsy (Bell’s), out of 18,000 vaccinated: it is often temporary, statistically the causality is not established, but the FDA recommended increased monitoring for the future. There is also the risk of allergic reactions, after two cases in the UK.

Still a lot of unknowns

What do we not know about the vaccine? The term of protection, first of all: months, years? Time will tell. It is also not known whether the vaccine prevents SARS-CoV-2 infection and transmission, in addition to preventing symptoms from developing, points out Ralph Tripp, of the University of Georgia, and a member of the committee.

Ofer Levy, of Boston Children’s Hospital and another member, tells AFP he will raise the issue of pregnant women and children excluded from clinical trials except in a recent phase for those over 12 .

A first delivery of 3 million doses

The vaccine will remain to be distributed, a task coordinated by the federal government and entrusted to the private sector. The first wave will be around three million doses, which will leave the Pfizer plant in Kalamazoo, Michigan, packaged in cartons containing up to 4,725 doses each and kept at -70 ° C by dry ice.

Nothing exceptional for carriers: “Remember that this is a peak period for us, Fedex and UPS. Yesterday, we shipped 34 million packages, ”said a Fedex executive. But the future supply is not guaranteed: the United States has, to date, ordered Pfizer only enough to vaccinate 50 million people.