A French jihadist wanted by Paris arrested by the authorities 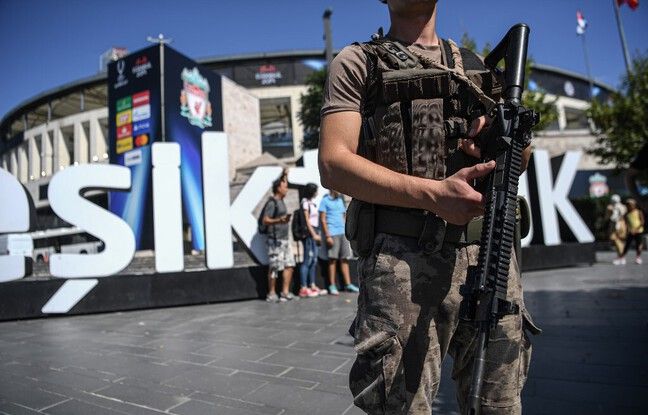 Turkey has arrested a Frenchman wanted by Paris and accused of being part of a French-speaking jihadist group in Syria, Turkish Defense Ministry Hulusi Akar announced on Monday.

“An individual of French nationality was arrested while attempting to cross illegally from Syria to Turkey,” the ministry said in a statement, identifying the suspected jihadist with the initials CG. According to the Center for Terrorism Analysis (CAT), a specialized think-tank based in Paris, this convert to Islam from Bar-le-Duc is 28 years old. He has been present in the Middle East since 2017 and was reportedly seriously injured there.

Detained in a police station

He was the subject of an Interpol Red Notice. The Turkish authorities clarified that the individual was part of Firqatul Ghuraba, the jihadist group led by Frenchman Oumar Diaby, alias Omar Omsen, suspected of having convinced many compatriots to join Syria during the heyday of the self-proclaimed Daesh caliphate.

Oumar Diaby was arrested in August in Syria by the jihadist group Hayat Tahrir al-Sham (HTS), linked to Al-Qaida and which controls the province of Idleb (north-west). He would still be held there. CG attempted to enter Turkey under a false identity, Turkish authorities said. He is currently being held at the Reyhanli Central Police Station in south-eastern Turkey.

In the years since the start of the conflict in Syria, in 2011, Turkey was one of the main transit points for jihadists seeking to reach this warring country. Long accused of “laissez faire, let pass”, Ankara now regularly announces the arrest of suspected members of Daesh and other wanted jihadists present on its territory, under a bilateral agreement called the “Cazeneuve Protocol”.

300 French people still in the Levant

The agreement provides in particular for Ankara to alert Paris before each expulsion. French agents are then sent to Turkey to accompany French nationals during the trip. Arrived in France, the suspected jihadists are placed directly in police custody, or sent to a judge if an arrest warrant has been issued against them.

“We talk a lot about the endogenous threat but the projected threat remains real,” Jean-Charles Brisard, director of the CAT, told AFP, referring to some 300 French people scattered “in nature” in the Levant, some of whom could be tempted to come back to strike the national territory. “They are not hampered by the offensives of the coalition, to say the least”.

The international coalition’s operations in Syria were severely disrupted in 2020, in particular by the American disengagement linked to the very strong tensions between Washington and Tehran, but also by the global health crisis.