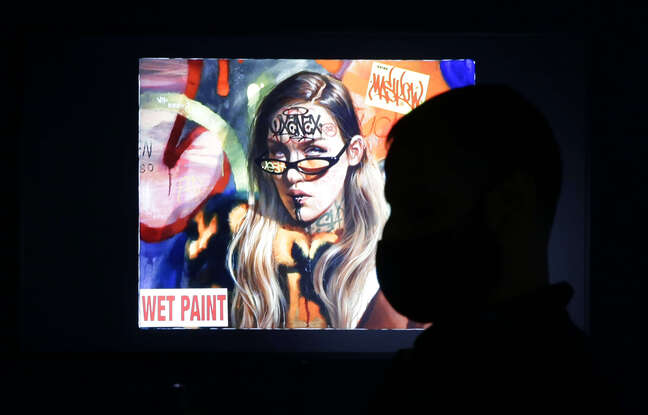 A gallery entirely dedicated to so-called “NFT” digital works has opened in New York, presenting itself as the first physical exhibition space in the world dedicated to this technology which is attracting more and more collectors. The day after the opening of this New York gallery, this Thursday, an exhibition dedicated to the “NFT” began in Shanghai.

Each work being, by nature, dematerialized, it is presented on a giant screen or by projection, in a space located a stone’s throw from Union Square, in lower Manhattan. The productions of five artists will be exhibited every day, with a daily rotation for sixty days for a total of 300 different creators, by May 25.

The “NFT”, a non-fungible token or “non-fungible token” in English, allows a certificate of authenticity to be associated with any virtual object, whether it is an image, photo, animation, video, song. music or a newspaper article. This certificate is theoretically inviolable and cannot be duplicated. It is designed using so-called “blockchain” technology, which serves as the basis for cryptocurrencies such as bitcoin.

The popularization of “NFT” over the past six months has transformed the digital collection market to the point of attracting billions of dollars in investment. Each work presented in the gallery will then be auctioned, explained the co-founder and director of the Superchief Galleries, which have presented digital works since 2016.

About 70% of the artists who will be presented in the dedicated space are not, originally, digital creators, in particular sculptors, painters or photographers, according to the director. “More and more artists known enough to be exhibited in museums are getting started. “

“It’s so new that it’s still difficult for people to grasp,” admits the gallery owner. “It’s technological, so there is always a little learning, pedagogy to do […] But it will very quickly become quite normal. “

Digital art has been around for several decades, but the arrival of “NFT” has reassured collectors about the risk of copying. It is possible to duplicate a digital work, but the “NFT” certificate sold with it is tamper-proof. On March 11, a digital work by American artist Beeple, titled “Everydays: The First 5.000 Days”, sold for $ 69.3 million at Christie’s.