A huge fire ravages the south of the island 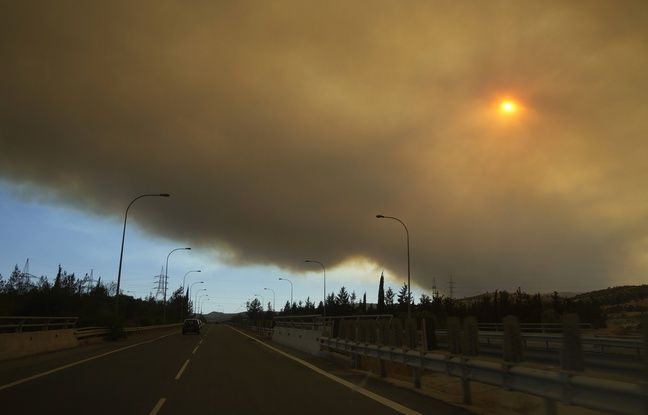 With summer it is also unfortunately the return of the flames. A huge fire, fueled by winds and heat, broke out in southern Cyprus on Saturday. The disaster is such that the authorities were forced to ask for help from Israel and the European Union to extinguish the flames that led to the evacuation of a dozen villages.

After several hours, the firefighters have not yet come to the end of the fire which continued to rage at the end of the evening in the district of Arakapas located north of the port city of Limassol. No casualties were reported but several houses were destroyed. Villages in the neighboring district of Larnaca, a coastal town located about fifty kilometers from Limassol, were also evacuated as a precaution.

Cypriot President Nikos Anastasiades thanked Greece, which sent two canadairs, and Israel, a neighboring country to Cyprus, in a tweet for having responded to the call on this “difficult” day. In Israel, Prime Minister Naftali Bennett’s office announced that two canadairs and flame-retardant substances would be sent to the island on Sunday. Officials say two more water bomber planes are expected from Italy as part of the European emergency aid mechanism.

More than twenty firefighters, six helicopters and four planes are already mobilized, as well as members of the British troops stationed at the bases of the United Kingdom installed on the island. Cyprus has been facing a heat wave since the start of the week, with temperatures sometimes exceeding 45 degrees.