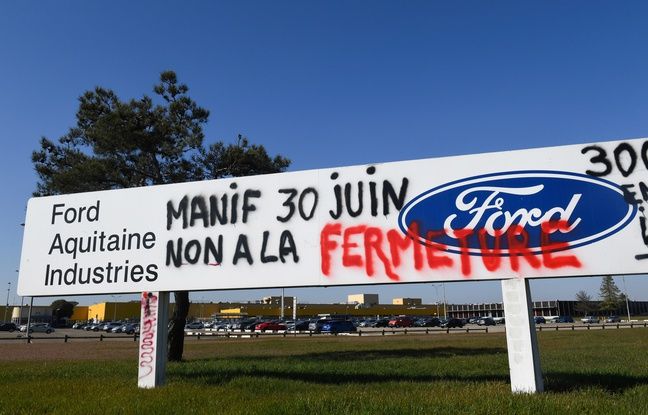 Bordeaux Métropole and the Nouvelle-Aquitaine region have decided. They announced in a press release this Friday that they had accepted the candidacy of the company Hydrogen de France, to occupy the site of the former Ford plant in Blanquefort, closed since October 2019, while it employed 850 employees.

This is not the main production site, which must always be cleaned up, and which Ford can sell to whomever it wishes. In particular to Amazon, which has tabled an offer on the table, even if this track displeases the communities. Of the 83 hectares of the immense land, the Ford group had retroceded 13 hectares to Bordeaux Métropole, which it called the “Circuit terrain”. »In partnership with the Nouvelle-Aquitaine region and the city of Blanquefort, a call for expressions of interest was launched in March 2020 on the future of this space.

The project led by Hydrogen de France could be deployed over more than 3 hectares and “generate more than 100 industrial jobs as soon as it is expected to come into service in 2023.” Extension capacities are already integrated. Based in Lormont, Hydrogen de France announced at the end of 2019 its intention to create in the territory of Bordeaux Métropole, the first assembly plant for high-power hydrogen fuel cells in Europe. This plant will produce under the “HDF Industry” brand.

“Hydrogen is a new energy vector in full development and with strong potential for innovation,” explain the communities. Hydrogen de France is a local company that aims to move from engineering to a benchmark industrial operator for large hydrogen infrastructures. By supporting the establishment of the first high-power hydrogen fuel cell assembly plant in Europe on land at the former Ford plant in Blanquefort, the three communities are sending strong messages for innovation, industry and the jobs of tomorrow. “

Hydrogen is developing in several directions including mobility (vehicles, trains, etc.) but also stationary applications for energy storage, which should be the main vocation of this future site.

The project must now be the subject of an update between the partners on the technical, administrative and financial aspects before entering its operational phase.