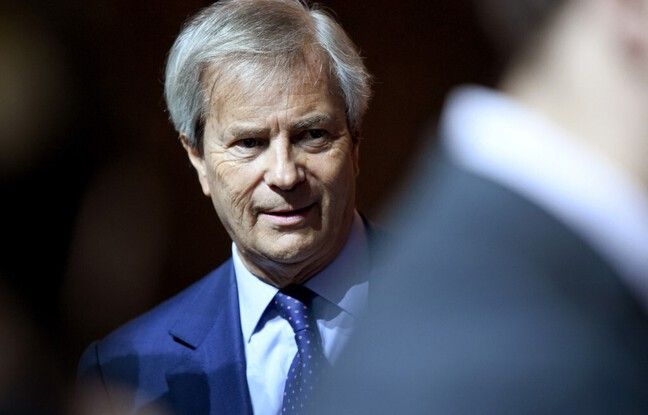 A judge from the Paris judicial court ruled on Friday “necessary” a trial for businessman Vincent Bolloré for facts including corruption in Togo, but validated a fine of 12 million euros for the Bolloré group, thus allowing the end of the proceedings against the multinational.

Vincent Bolloré, Gilles Alix, CEO of the Bolloré group and Jean-Philippe Dorent, international director of the Havas agency, a subsidiary of Bolloré, had accepted an appearance on prior admission of guilt (CRPC, a sort of “plead guilty” at the French) and the payment of a fine of 375,000 euros.

“Serious attack” on “the economic public order and sovereignty of Togo”

But during the hearing, the judge refused to approve this CRPC, considering that the sentences were “unsuitable for” the seriousness of the alleged facts and considering that it was “necessary that they be judged” by a court. correctional. The facts “seriously undermined economic public order” and “the sovereignty of Togo,” said the judge.

It is now up to a magistrate to order or not a trial for the defendants Bolloré, Alix and Dorente.

A fine of 12 million euros

On the other hand, the judge validated the judicial agreement of public interest (CJIP) targeting the Bolloré group, which provides for a fine of 12 million euros. The company has undertaken to pay this fine “to the public treasury within ten days,” said the National Financial Prosecutor’s Office in a press release.

To this fine is added the provisioning of 4 million euros to cover the cost of a program to comply with the rules of the French anti-corruption agency (AFA), which will carry out monitoring for two years, under the terms of the CJIP. If the conditions are met, the end of the proceedings will be final.

The defendants admitted the facts

During the hearing, the holding company and Messrs Bolloré, Alix and Dorente acknowledged having used the political advisory activities of the Havas subsidiary in order to obtain the management of the ports of Lomé, in Togo, and of Conakry, in Guinea, via a another of its subsidiaries, Bolloré Africa Logistics, formerly called SDV.

SDV had obtained the management of the port of Conakry a few months after the election to the presidency of Guinea from Alpha Condé at the end of 2010, and had won the concession in Lomé shortly before the re-election in 2010 in Togo of Faure Gnassingbé, who were then both advised by Havas.

A judicial investigation was opened at the end of 2013 for “bribery of a foreign public official, breach of trust and complicity in breach of trust” committed between 2009 and 2011. The indictment of the protagonists for some of the offenses concerning Guinea had been canceled by the Paris Court of Appeal in June 2019, due to prescription.