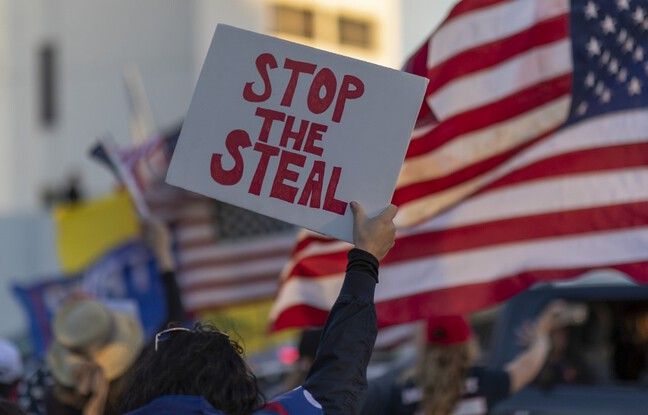 In a last-ditch effort to put pressure on Congress not to certify Joe Biden’s presidential victory, US President Donald Trump has urged his supporters to rally in Washington on January 6.

Thousands of activists are expected to join together to support the outgoing president and his accusations – without evidence – of “massive” electoral fraud in the November 3 presidential election.

“See you in Washington on January 6. Don’t miss it ”

Among them, violent groups such as the far-right “Proud Boys” militia are expected to march through the streets of Washington again after a similar demonstration on December 12, which escalated. Several people had been stabbed and dozens more arrested. Donald Trump tweeted twice this weekend to urge his supporters to take part in the rally, calling the November 3 election “the biggest SCAM in our nation’s history.” “See you in Washington on January 6. Don’t miss it, ”he also invited on Sunday.

The president is hoping protesters can put pressure on Congress to reverse its defeat at the polls. On January 6, Vice President Mike Pence is scheduled to lead a session in Congress to certify the votes of the electoral college of each US state. Joe Biden won the votes of 306 voters, while Donald Trump won 232.

During this joint session between the House of Representatives and the Senate, the vice-president will open and read the certificates announcing the counts of the grand voters of each state before declaring a winner. The procedure should be, as usual, a formality.

But Donald Trump and his supporters are now trying to put pressure on Mike Pence to reject electoral certifications from pro-Biden states, a power the vice president lacks, according to legal experts. For lack of tangible evidence to support the accusations of “massive fraud”, the fifty or so complaints filed by Donald Trump’s allies across the United States have almost all been dismissed by the courts, or dropped.