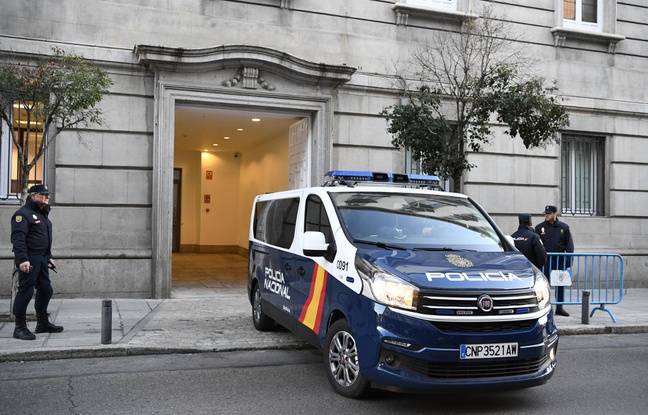 Resembling the proposed “global security” law in France, a controversial Spanish law since 2015 banning the use of images of law enforcement without authorization was retested at the end of last week by the country’s Constitutional Court.

Spanish law, dubbed the “gag law” by its detractors, punishes the “unauthorized use” of images by law enforcement agencies “which may endanger the personal or professional safety of officers, protected facilities or the success of an operation, while respecting the fundamental right to information ”. Fines can range from 600 to 10,400 euros.

However, according to the decision of the Constitutional Court dated Thursday, the fact of having to ask for an authorization to use images of the police force is “unconstitutional”. “There is prior censorship prohibited by Article 20 paragraph 2 of the Constitution when the dissemination of images or data is subject to a prior examination of their content by the police”, ruled the court, five years after the adoption of this law under the right-wing government of Mariano Rajoy in the midst of a wave of anti-austerity protests.

Apart from this notion of authorization, the court ruled that the rest of the contested article was not unconstitutional “provided” that the term “use” is interpreted by the judges as “the unlawful publication or distribution” of the images. and not as their simple “capture not followed by publication or broadcast”. In addition, “the term” images or personal or professional data “must also include those relating to private life, an element that must be taken into account in determining whether the right to information prevails or not”, added the court.

A law similar to the French text

According to Xavier Arbos, professor of constitutional law at the University of Barcelona, ​​sanctions will therefore always be possible under certain conditions. The court “does not reject the whole article but only what relates to unauthorized use (…) Hypothetically, the possibility of sanctions for the use of the images of a police officer being able to be considered as an infringement of his right to privacy “or to” his physical integrity remains, “he said.

In France, the contested article of the law on “global security”, adopted on Friday at first reading by deputies, penalizes one year in prison and a fine of 45,000 euros for the dissemination of “the image of the face or any another element of identification ”of the police in intervention when it clearly“ undermines ”their“ physical or mental integrity ”. A government amendment specified that this measure cannot “prejudice the right to inform”.