A man, probably French, found dead in a square in Ceuta 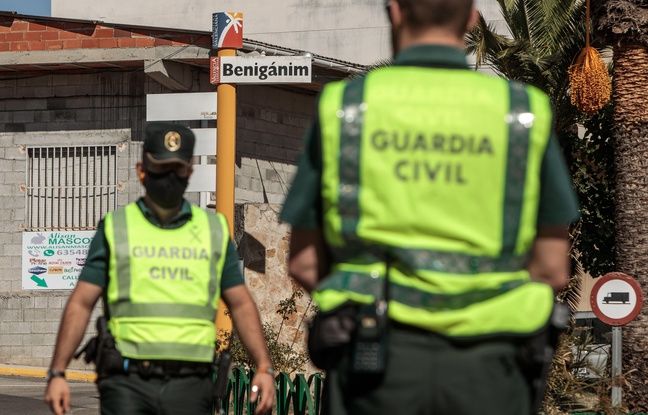 The lifeless body of a man in his sixties carrying “a French identity document” was discovered this Sunday morning on a beach in the Spanish enclave of Ceuta, we learned from of the Civil Guard. It is about “a man of about 60 years with a French identity document, discovered lifeless” around 10 am on the beach of Benzu, near the border with Morocco, indicated a door. – speech of the Civil Guard. The man “was still dressed in street clothes and wore a palm” on one foot, he said.

Due to these details, “we assume he was from Morocco” by swimming but this has not yet been confirmed, as the exact cause of death, which appeared recent due to the condition of the body, has he explained. “We consider that the identity document that we have belongs to him,” he said, stressing that the judicial police are investigating to “verify that this document is authentic”.

Not a night with many attempts to pass

Migrants from Morocco regularly try to reach the Spanish enclave of Ceuta by sea, separated from Morocco by a huge security fence. A migrant, probably Moroccan, also managed to swim in the night from Saturday to Sunday and was hospitalized on the Spanish side in a state of hypothermia, said the spokesperson. Apart from this case, the night from Saturday to Sunday “was a night with very little migratory pressure” and no other passage was recorded, according to the same source.

Ceuta and Melilla, the other Spanish enclave located on the Moroccan coast, the European Union’s only land borders with Africa, and are regularly the scene of attempts by migrants to forcefully cross the fences. The case of the presumed French body “is quite atypical”, acknowledged the spokesperson in particular because of its age because the migrants who attempt the passage are generally aged 20-30 years. Asked about the possibility of a link with drug trafficking, which is highly developed between the Moroccan and Spanish coasts, the civil guard estimated that this would “not make much sense”.

Morocco has decided to suspend from Tuesday at midnight and until further notice all passenger flights to and from Spain and France, in order to stem the progression of the Covid-19 pandemic. The Spanish government announced on Wednesday that it would help repatriate 3,000 of its citizens stranded in Morocco by this measure.