A marble head of Hermes discovered under a busy street 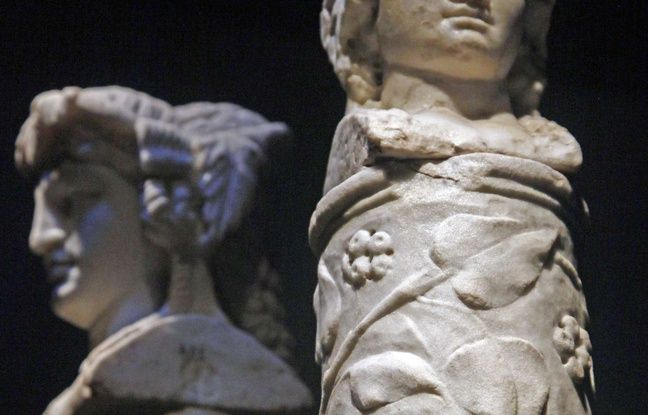 A marble head of the Greek god Hermes, dating to at least the 3rd century BC, has been unearthed in central Athens during excavations to improve the sewage system, the sewer system said on Sunday. Ministry of Culture. She was found this Friday just 1.3 meters under the sidewalk of the busy rue Aiolou.

It was discovered during work in the center of Athens 130 cm below the ground.
Hermès according to the Alcamène model. pic.twitter.com/biAH9cruLA

“The work dates from the end of the 4th century BC, or the beginning of the 3rd century BC” and is in good condition, the ministry said in a statement. It represents “the god in middle age and is obviously part of a hermes,” he says.

The head was transferred to safety

A hermes is a sculpture that usually represents the head of the god Hermes – sometimes a bust – placed on a quadrangular column. It was erected in ancient Greece at the crossroads to mark the limits. Son of Zeus, Hermes is in Greek mythology the messenger of the gods, as well as the patron of travelers and thieves.

The statue was immediately transported to a warehouse of the Department of Antiquities. The city’s mayor, Kostas Bakoyannis, posted a photo of the marble head on his Facebook account on Saturday. “Unique Athens,” he commented.