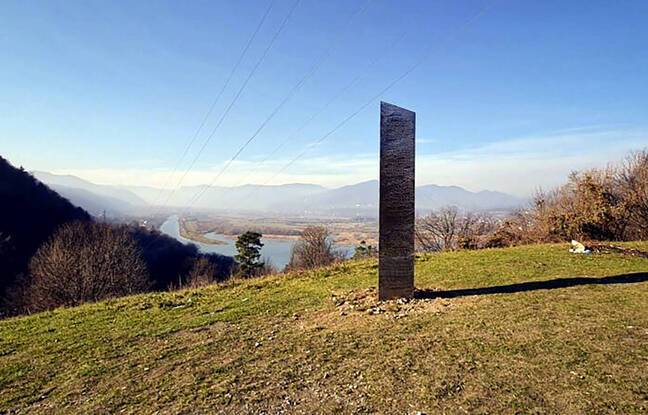 After the appearance of similar objects in the United States and Europe, a mysterious metal monolith has arisen on a bank of the Vistula in Warsaw, the Polish capital.

Joggers spotted the triangular pillar along the river, local media reported. With a silvery surface, it is about three meters high. It is planted in the sand of the wild bank, near a bridge.

“A mysterious and unusual installation has emerged on a beach on the right bank,” municipal authorities said on their Facebook site. “If you are doing activities on the banks of the Vistula, it will not escape your attention,” they added, without giving further details. The strange appearance, however, did not impress everyone.

“I was expecting some sort of metaphysical experience but it’s not really impressive,” said a passerby visiting the site on Thursday, but declined to give her name. No one claimed responsibility for the facility on Thursday. Other objects of similar appearance have been sighted recently in the United States, Romania, Britain and the Netherlands, according to media reports.

The appearance of the claimed monolith

The first of these was discovered in mid-November in the Utah desert. These findings have gone viral on social media, due to similarities to the alien monoliths in Stanley Kubrick’s sci-fi film “2001: A Space Odyssey.”

A collective called The Most Famous Artist and based in New Mexico claimed authorship of the Utah monolith, but not the objects found in Romania, the United Kingdom and the Netherlands.