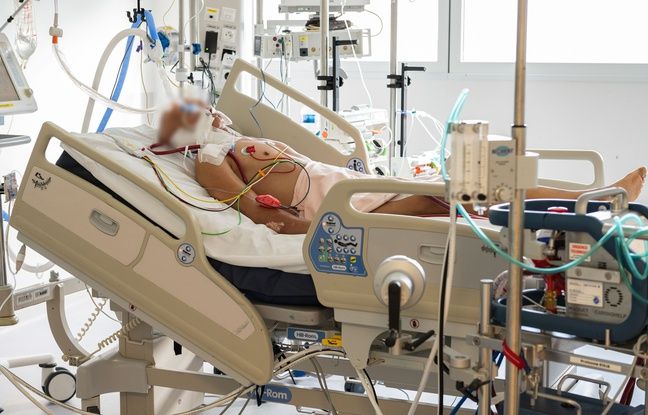 Genetic peculiarities which could explain why some patients have a severe form of Covid-19 … Researchers assured this Friday that they had identified eight genetic sequences common to serious patients of the new coronavirus. The results that were published in the medical journal
Nature, could, according to these scientists, lead to better targeting of treatments.

“The beauty of genetics is that it can predict the effects of a drug. What is really exciting about this study is that we have identified genes that are directly relevant from a therapeutic point of view, which can lead us to treatments, ”hoped the lead author of the study. , Kenneth Baillie (University of Edinburgh).

Decrease the severity of the new coronavirus

In an attempt to determine why some patients suffer from a severe form of the disease and not others, the researchers analyzed the genomes of more than 2,000 severely affected Britons. By comparing it with that of other people, they identified these eight genetic sequences common to seriously ill patients of the new coronavirus.

They determined that these sequences played a role in the inflammatory response the body produces to fight pathogens like the novel coronavirus. Going further, they isolated two genes in particular, called TYK2 and CCR2, whose role is to encode proteins involved in the body’s inflammatory response. Theoretically, acting on these substances could therefore reduce the severity of the disease.

“There is a drug on the market”

“We have shown that people who produce more TYK2 protein are at greater risk for Covid. However, there is a drug on the market that inhibits it, ”assured Kenneth Baillie at an online press conference.

The group of drugs that limit the action of the TYK2 protein, called Janus kinase inhibitors (JAKs), are used in particular against rheumatoid arthritis, an inflammatory disease. In addition, according to Kenneth Baillie, trials are underway on a synthetic antibody treatment that combats the action of the CCR2 protein. According to him and his colleagues, it is urgent to test these drugs on patients severely affected by Covid.