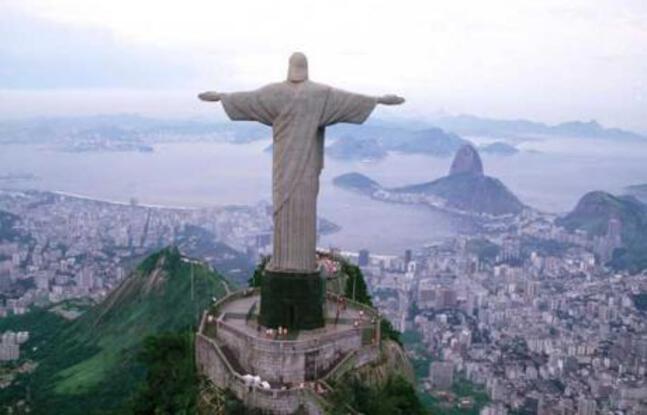 The small town of Encantado, located in southern Brazil, is building a new giant statue of Christ. Its size should exceed that of Christ the Redeemer who towers over Rio de Janeiro from Corcovado Hill.

Construction of the statue began in 2019 in this city of 22,000 inhabitants located in the state of Rio Grande del Sur. The work, whose arms and legs have just been installed, must be completed at the end of the year, according to the Association of Friends of Christ, which coordinates its realization.

🔸The city of Encantado, located in the south of Brazil, is building a statue of Christ 43 meters high, so it will be higher than that of Rio which dominates its bay since 1931 with a height of 38 meters. pic.twitter.com/YGgKCnymNG

A statue funded by donations

The Protective Christ of Encantado will be 43 m high, including the pedestal. This will make it the third tallest statue of its kind in the world. The gap between his two hands is 36 m. The monument will be equipped with an interior elevator and surmounted by a belvedere. In comparison, Christ the Redeemer of Corcovado, icon of Brazil, is 38 meters high including pedestal.

The new statue, installed on a hill, was designed by a priest from Encantado to “transmit the faith of the inhabitants of Encantado and promote tourism in the region”. The project represents two million reals (approximately 295,000 euros), financed by donations.

The construction does not require any public money, specifies the Association of Friends of Christ. On its website, the organization made up of volunteers continues the fundraising campaign and offers to win a vehicle by lottery to encourage them.