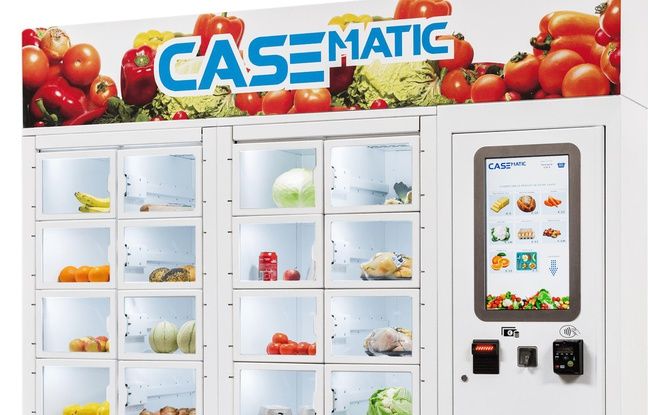 Until recently, it was what we call in economic jargon, a sleeping beauty. A small SME which mastered a know-how but not necessarily made it known. And who, at a time when all economic activity is slowing down with the return of confinement, is preparing to live … his best life!

This company is AST International Equipment, based in Ennevelin near Lille. His product? It manufactures and markets “vending machines”, namely automatic vending machines for farm products, among other butchers, bakeries, cold cuts, etc.

A refrigerated and connected distributor

His order book is literally overflowing. The innovation lies in the fact that the dispenser can be not only refrigerated but also connected. The buyer, when he comes, unlocks one of the numbered lockers using the code issued during his online transaction.

The operator benefits from a VendingAst application, which monitors stocks and sales in real time. ” Our connected locker makes it possible to control filling as in mass distribution: the seller can follow his sales in real time and classify his best sales remotely. », Explains Manuel Moutier, in his thirties who took over the company in November 2019.

One of the other arguments that is very popular: 100% French manufacturing, with nearly 80% of subcontractors located in the Hauts-de-France region. With the entry-level model costing between 13,000 and 15,000 euros, most of the investments were paid off in six months. “Knowing that local producers have managed to multiply their turnover by four or five during the first confinement: so even with a drop of 15 to 20% since June, they remain largely winners”.

The French locker, for example, has just landed at the EARL of the Manoir Le Panier Thunois in Thun-Saint-Amand near Saint-Amand-les-Eaux and at the Ferme de Bacqueville. Another will arrive next week at Val de Sensée in Goeulzin, near Douai. For locavores, Manuel Moutier is also considering connecting all of his machines, for even more accessibility.