A pilot draws a giant syringe in the sky 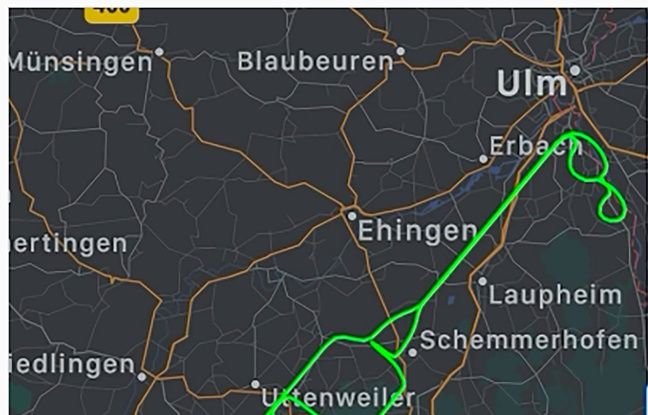 A booster shot. A young German pilot traced a giant syringe in the sky on Sunday during a flight of nearly 300 kilometers in Bavaria, when the European vaccination campaign against Covid-19 began.

Samy Kramer, 20-year-old amateur pilot, planned the route he should take point by point with a GPS device before taking off with a two-seater machine from the Bavarian airport in Friedrichshafen, near Lake Constance (south).

“I wanted to give citizens food for thought”

During its flight of approximately 1h40, it followed the route of approximately 280 kilometers indicated on its dashboard, including 90 ° turns, to arrive at a syringe-shaped itinerary visible on the Flightradar site.

🇩🇪 FLASH – To make Germans aware of #vaccine, a German pilot drew a syringe in the sky over Friedrichshafen with his plane. “I thought it was a fun and unconventional way to raise awareness,” he explained. (Reuters) #COVID19 # COVID-19 pic.twitter.com/ve9cNJDISd

“I wanted to give citizens food for thought for the day when the vaccine was made available,” said Samy Kramer, an economic engineering student, joined by AFP.

Germany officially launched its Covid-19 vaccination campaign on Sunday. The first target audiences are people over 80 and hospital staff.