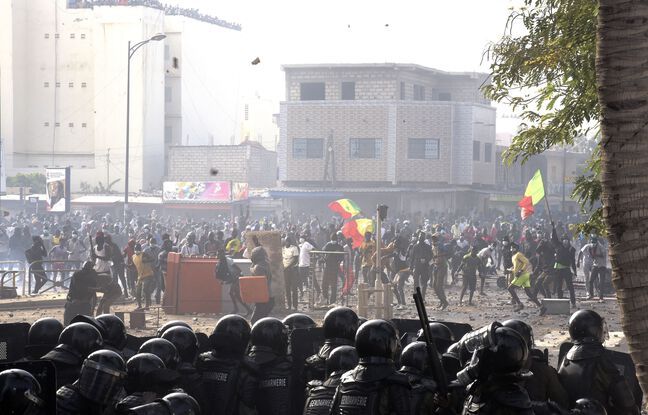 The Movement for the Defense of Democracy, which brings together opponents of President Macky Sall, on Saturday called on the Senegalese “to take to the streets en masse”, “for three days from Monday, March 8”. This appeal launched at a press conference in Dakar comes after several days of violence between the police and youth groups demanding the release of the opponent Ousmane Sonko, third in the 2019 presidential election and expected to be a of the main competitors of that of 2024

The protest collective, which brings together political parties, including Ousmane Sonko’s party, Pastef-Les Patriotes, associations and members of civil society, calls for “the immediate release of all political prisoners illegally and arbitrarily detained” and the “Respect for the right to demonstrate”.

At least four people were killed during scenes of urban guerrilla warfare between the police and youth groups demanding the release of the opponent, whose arrest released an accumulated exasperation at the harshness of living conditions .

Ousmane Sonko was officially arrested for disturbing public order, as he went in procession to the court where he was summoned to respond to charges of rape brought against him by an employee of a beauty salon in which he was going to get a massage, he said, to relieve his back pain. A personality with an anti-system profile, the deputy shouts at the plot hatched by President Macky Sall to remove him from the next presidential election.

The Economic Community of West African States (ECOWAS) on Saturday condemned the violence that has occurred in recent days in Senegal, calling “all parties to restraint and calm”. On Friday evening, UN Secretary General Antonio Guterres said he was “very concerned” and called “to avoid an escalation”.

Tensions, in a country usually considered an island of stability in West Africa, intensified with no apparent prospect of appeasement, the justice system having kept Ousmane Sonko in police custody.