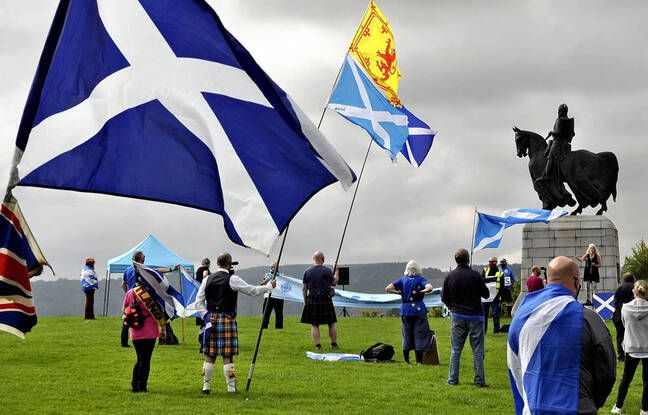 The next few months promise tense kilt debates. The victory of the Scottish separatists in the parliamentary elections last Thursday brought back on the table the question of a new referendum for the independence of the nation, seven years after the failure of the last one. A project defended by the leader of the SNP (Scottish National Party), Nicola Sturgeon and Scottish Prime Minister, but totally rejected by Boris Johnson. Florence Faucher, professor at Sciences Po and specialist in the United Kingdom, deciphers for 20 Minutes, the issues and aspects of this new potential referendum.

What will happen now that the SNP has won the election?

The SNP claimed ahead of the election that if they had an absolute majority in the Scottish Parliament it would be difficult for the Prime Minister to refuse to hold a referendum. However, only the UK government can authorize such an event. Boris Johnson said it was only possible once in a generation, but Scotland’s last independence vote was only in 2014, so he will reject his organization. They do not agree, so there is going to be a standoff between Boris Johnson and Nicola Sturgeon, the Scottish Prime Minister.

We do not organize an independence referendum every four mornings, otherwise we live in constant instability and we devalue the institutions. For the Scottish separatists of the SNP who did not obtain an absolute majority in parliament, it will be necessary to demonstrate that there is such a movement of opinion that it is overwhelming and there it is not yet.

For his part, Boris Johnson will do everything to avoid such a referendum because he has little interest in being the one who led to the dismantling of the United Kingdom. He is still the Prime Minister of a party called the “Conservative and Unionist Party”. The union with Scotland is old and solid. His party, his electorate and the British, especially the British Conservatives, would not forgive him. The threat would not necessarily come from demonstrations, but would rather be electoral for the next general elections in three and a half years.

Can Scottish separatists impose a referendum?

There could be a vote in one form or another, even if it is not recognized by the UK. One of the possibilities for Scotland would be to organize an advisory ballot which is not really legal. It cannot be called a referendum, or in any case, there will be institutional nuances because Scotland does not have the right to organize a ballot comparable to the one that took place in 2014. This could be put in place faster than the referendum of seven years ago.

If it is a vote organized illegally, that is to say without the support of the United Kingdom, the Prime Minister can hardly give it a guarantee by campaigning. This does not mean that the Conservatives will not mobilize, but their argument will be to insist on the illegality of its organization, not on the substance.

The real question is what is the interest for the SNP to quickly organize such a ballot? Because this vote could help show that Scotland wants independence, but it involves a number of risks, so precautions will be taken to be sure to win it. It will depend on the assessment of fluctuations in opinion.

Despite the SNP’s victory, why is the result of a referendum not certain?

Although the Brexit, which the Scots were opposed to, may play in favor of the “yes”, it will be necessary to negotiate both the exit of the United Kingdom and then entry into the European Union. The state of their finances will depend on what fraction of the UK’s common debt they are forced to assume, as they are not going to leave with their hands in their pockets. Scottish voters may regret leaving the EU, but leaving the UK has a symbolic impact. These are the same consequences as if France lost Brittany. With its 5-6 million inhabitants, Scotland is the largest of the four nations that make up the United Kingdom and the monarchy is very attached to Scotland.

It will also be necessary to negotiate a border with the United Kingdom with customs duties, although partnerships have existed for nearly three centuries. While activists have wanted Scottish independence for decades, there are also many more hesitant. It was these hesitations that made Scotland vote against independence in 2014. To tip the scales, the European Union will need to give signs that Scotland’s reintegration into the EU will be easy. Otherwise it is possible that faced with the fear of leaving, it is the status quo that wins.

Finally, even if the United Kingdom agreed to organize this referendum, many rules and conditions would be put in place. It would not be a 50% vote without a validity threshold like the colossal mistake that was made for Brexit. A qualified majority, 65% for example, and a minimum turnout will be required.