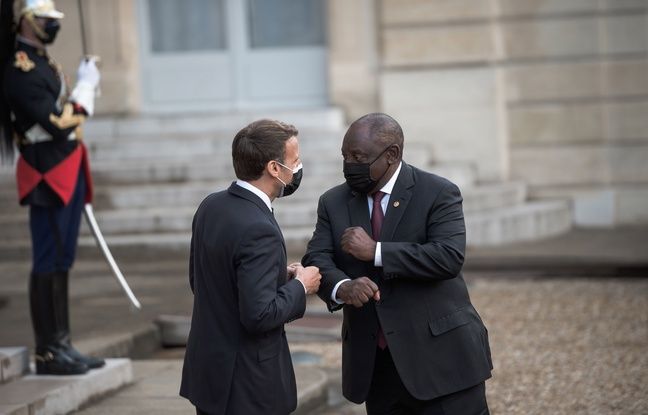 If Africa is relatively spared from the Covid-19 crisis, with officially 130,000 dead, it is financially bloodless. In an attempt to save the continent from the economic asphyxiation that threatens it after the pandemic, around thirty African and European leaders are meeting this Tuesday in Paris with the major international economic organizations.

At the initiative of France, the meeting, which begins at 1 p.m. under the leadership of Emmanuel Macron, will be divided into two sessions: one on the “financing and treatment of public debt”, the other on “The African private sector”. The French leader will conclude the summit with a joint press conference with the President of the Democratic Republic of the Congo, Félix Tshisekedi, at the head of the African Union.

The specter of extreme poverty

The idea for this “Summit on Financing African Economies” sprouted in the fall of 2020, when the International Monetary Fund calculated that Africa risked running into a financing gap of $ 290 billion by now. 2023. The growth of the continent, which experienced its first recession in half a century last year because of the pandemic, should however rebound by 3.4% in 2021 and 4% in 2022. And a moratorium put in place place in April 2020 has given a little air to the most indebted African countries.

But that will not be enough. Public debts are exploding on the continent, like poverty: in 2021, 39 million Africans could fall into extreme poverty, according to the African Development Bank. Calling for an “immediate moratorium on the service of all external debts (…) until the end of the pandemic”, 18 African and European leaders also urged the IMF in mid-April to allocate special drawing rights (SDRs) ) to African countries to provide them with “essential liquidity for the purchase of basic products and essential medical equipment”. These “SDRs” can be converted into foreign currency by countries that need them without creating additional debt.

A commitment for Sudan

The principle of a global issue of SDRs of 650 billion dollars has been established, the United States having declared itself in favor at the end of March. It remains to be seen what will be allocated to African countries. Indeed, these famous SDRs are distributed according to the quotas of each country in the IMF: the largest goes to the richest countries. On paper, Africa would only benefit from $ 34 billion.

Prior to the discussions on Tuesday, the international community has already taken decisions. She thus pledged Monday in Paris to support the transition in Sudan by giving it a financial boost. To “allow the return of Sudan in the concert of nations”, Emmanuel Macron declared himself in favor of “an outright cancellation of our debt to Sudan”, that is to say “nearly 5 billion dollars”. It now remains to negotiate on the other debts.