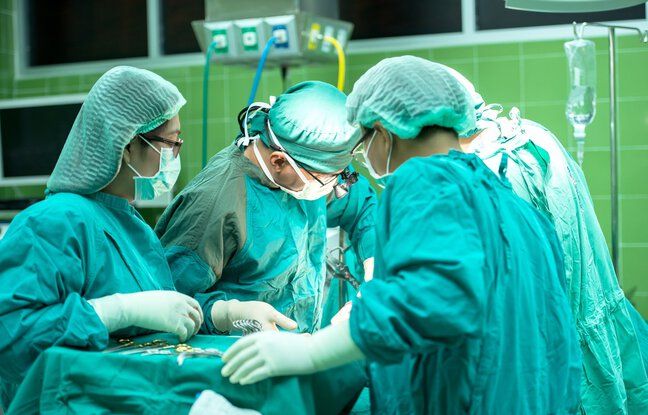 An American surgeon appeared in court remotely this Thursday even while he was performing an operation. His trial for traffic violation was organized through the Zoom videoconferencing program. Scott Green, a specialist in cosmetic surgery, attended the hearing from the operating room, wearing gloves, mask, cap and protective suit, shows the video relayed by The Sacramento Bee.

“I’m in the operating room there. I am ready for my trial, he assured. Go for it. Behind him, the image revealed the light spots placed above the patient during the operation. The sound signals emitted by medical machines were also noticeable. The doctor however took the oath from a distance with the clerk before the arrival of Gary Link, superior commissioner of the court of Sacramento (United States), who presided over the hearing.

The latter did not hide his surprise by discovering in which environment his interlocutor virtually appeared. “Unless I am mistaken, I see a respondent in the middle of an operating theater and who seems to be actively taking care of a patient,” the magistrate was surprised. That’s right ? Scott Green then explained that he could appear because a colleague was in charge of the medical intervention.

The judge, however, preferred to postpone the hearing, confident that he did not wish to endanger the patient’s health. He called the situation “inappropriate” and rescheduled the trial for March. The surgeon has meanwhile apologized, indicating that he is not always in control of the operating hours. “It happens,” Gary Link replied.

The sequence could be viewed by the public. California law requires hearings for traffic offenses to be held in public. Because of the closed door imposed by the anti-coronavirus health measures, the appearances are broadcast live on YouTube.