A text of 1,246 pages without counting the explanatory notes and annexed agreements 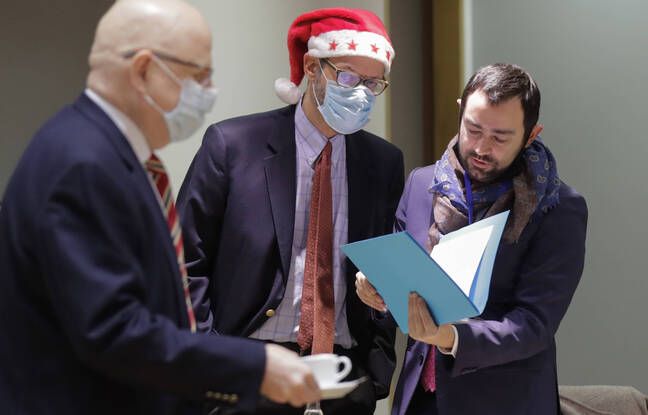 The British government and the European Commission on Saturday published their entire historic agreement framing their post-Brexit relationship, a text of more than 1,200 pages that they must adopt in just a few days.

Announced Thursday for application on December 31 at 11 pm, this free trade agreement is “the result of many months of intensive work,” European negotiator Michel Barnier recalled on Twitter. “It is one of the largest agreements ever concluded, which covers not only goods but also services, aviation, road transport, social security, health cooperation, law enforcement,” said esteemed his British counterpart David Frost.

🇪🇺🇬🇧The United Kingdom has chosen to leave the European Union and the single market. To renounce the rights and advantages of a Member State.

Our agreement does not override these rights and benefits. It is the foundation of a new partnership, which we want fair and equitable. pic.twitter.com/L2thoS2I8X

“It is a moment of national renewal”, he insisted, stressing that this agreement allowed the United Kingdom to leave the single market and the European customs union without alignments with the EU, nor role granted to the Court of Justice of the EU.

Explanatory Notes and Side Agreements

In particular, making it possible to avoid the introduction of customs duties and quotas in trade between the United Kingdom and the European Union and the closure of British waters for European fishermen, the text is 1,246 pages, to which are added notes explanatory notes and related agreements on nuclear cooperation or the exchange of classified information.

Despite this complexity, both parties are preparing for a forced adoption. In Brussels, after a first meeting on Friday of the ambassadors of the 27 around Michel Barnier, a new meeting is scheduled for Monday to launch the signing of the project by the member states. They will also have to decide on a provisional application because the European Parliament will not be able to ratify it until early 2021.

British side, the deputies are called to return from vacation to debate the text on Wednesday. Its adoption leaves little doubt: even the Labor opposition intends to support it, preferring it to a devastating “no deal” for an economy already severely weakened by the novel coronavirus pandemic.

After four and a half years of uncertainty and turmoil following the 2016 referendum, this agreement offers companies “certainty and the ability to prepare for growth and investments” and gives hope that “the policy evolves towards a better environment”, he said. British Minister Michael Gove assured in The Times.

“We can develop a new friendly cooperation with the EU, a special relationship,” he added, using the phrase traditionally characterizing the US-UK relationship.