A variant strain of Covid-19 detected in South Africa 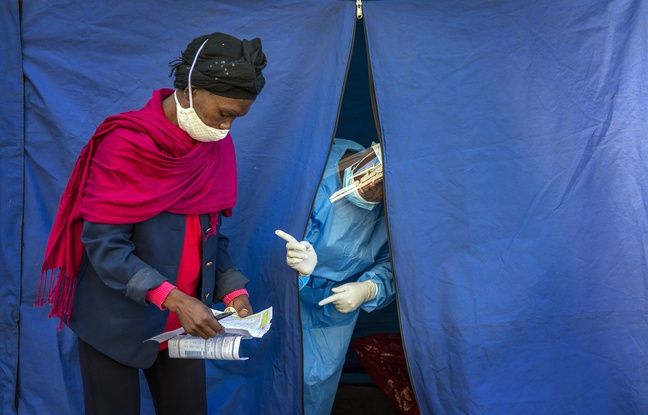 The world is facing new mutations in the coronavirus. A new strain of Covid-19 from South Africa is now worrying as much as the British variant that has isolated the United Kingdom.

This new variant of the coronavirus seems to be transmitted more quickly than older strains, say researchers who have identified it in South Africa, the African country by far the most affected by the coronavirus with 950,000 people tested positive including 25,657 dead. “All the elements go in this direction,” said Wednesday Tulio de Oliveira, director of the KRISP research institute, backed by the University of Kwazulu-Natal. In the evening, the South African Minister of Health announced more than 14,000 new cases identified in 24 hours, while these figures oscillated between 8,000 and 10,000 new infections daily in recent days.

The British authorities for their part announced Wednesday that they had identified two cases of this new South African strain. In response, London decided on travel restrictions. People with the virus, who had traveled from South Africa in recent weeks and those who have come in contact with them have been placed in quarantine, said Health Minister Matt Hancock.

From 9 a.m. GMT on Thursday, passengers from South Africa will no longer be able to enter England, with the exception of the British and Irish, visa holders and permanent residents, who will have to self-isolate for 10 days as well as members of their household, said Wednesday the Ministry of Transport. Direct flights to South Africa are also prohibited.