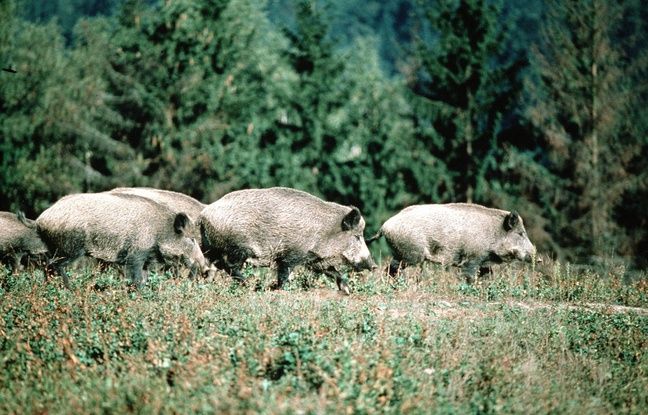 She was in the wrong place at the wrong time. A customer of a supermarket near Rome (Italy), was pursued in the parking lot by a group of wild boars, forcing her to give up her shopping, according to a video posted on social networks and relayed in particular by the Guardian.

In the images, the woman, who is in the parking lot of a supermarket with her groceries, is followed by a dozen wild boars. After a few minutes, the woman gives up her shopping, “racketed” by the small group of suidae who collect the precious food.

Le Rughe shopping center, wild boars are waiting for you outside to take your shopping to your car pic.twitter.com/AebaucG2IK

Not very aggressive on the video, wild boars can sometimes cause more damage. In Italy, faced with the multiplication of individuals, who devastate crops and cause many road accidents, several demonstrations have taken place to demand measures.

In 2019, wild boars had caused the death of a person by creating a traffic jam on the main north-south motorway axis of Italy, near Lodi (north), recall our colleagues from the Figaro. Italy’s wild boar population has doubled in ten years, to two million, according to Coldiretti, the country’s leading farmers’ association, explains The Dispatch, which specifies that these animals can measure “more than 1.70 m long” and “weigh up to 200 kg”.