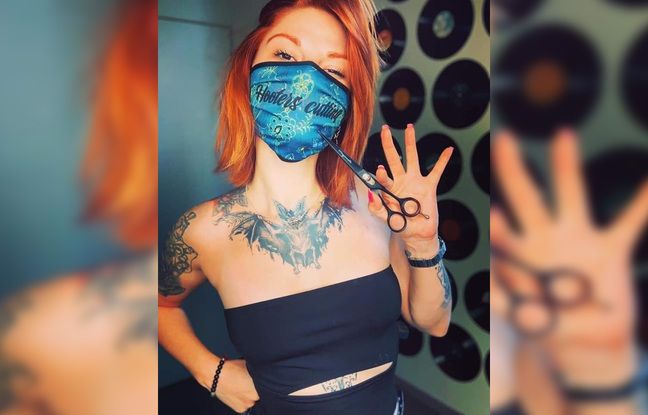 A country in turmoil. On Sunday, in Liège, Belgium, between 200 and 300 people gathered to pay tribute to Alysson Jadin, a young hairdresser found dead on Monday. His suicide has become the symbol of the distress of independents in the face of the coronavirus pandemic.

After observing a minute of silence and releasing balloons in front of the station of this Walloon city, the participants in the rally walked to the barber shop of the young 24-year-old woman, behind a banner “Neither forgetting nor forgiveness”. “Alysson, you are essential,” shouted one of the participants.

His entourage makes the link with the health crisis

The body of Alysson Jadin, 24, was discovered on Monday. The young woman left no written explanation for her gesture, according to the first available elements. However, in his entourage, everyone made the link with the difficulties of his activity caused by the health crisis. She could not bear that her activity was deemed “non-essential”, according to her relatives.

Let’s pay tribute to this fighter who last May graciously combed the hair of survivors of Covid19.
🖤 pic.twitter.com/vpjQeFuSE4

Alysson opened her own salon in early August when she was unemployed. But when Belgium was re-confined three weeks ago, the young woman had to lower the curtain. But the difficulties had been felt before. After a promising start, Alysson had started to see a drop in appointment bookings as well as her turnover, “because all that scares people”, she confided to the Belgian media Karrré. In mid-November, the hairdresser confessed her difficulties: “I am in a situation where my accountant asks me to close after three months of opening”, adding that she could no longer provide for her needs.

The entrepreneur had invested 25,000 euros to create her salon. Forced to close during confinement, Alysson assured “to be ineligible for the proposed aid”. “It’s very complicated morally,” she said on November 10 to the RTL-TVI channel.

The tragedy has caused great emotion in Belgium, a country hard hit by the coronavirus, from Prime Minister Alexander De Croo to filmmaker Luc Dardenne. On social networks, many messages pay tribute to him behind the hashtag #AlyssonJadin. A fresco has even been produced by, Hyer, a local artist: “It’s a political problem, the big brands are gorging themselves with profits during this crisis while people like Alysson are crumbling in debt. It revolts me, ”the author said on Facebook.