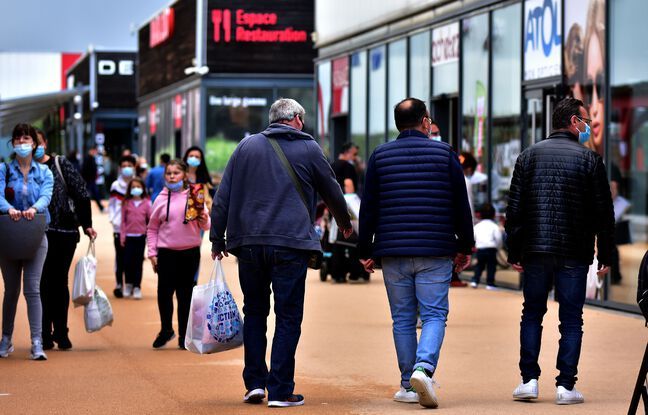 We will be able to go shopping on Sunday. Forty French departments have authorized Sunday work in shops until the end of June to make up for the losses due to the last confinement. Following the instructions given by Élisabeth Borne on May 10, “consultations are underway or have been carried out in 76 departments. 40 prefectural decrees authorizing a derogation from the Sunday rest have been issued. 38 were applicable from the weekend of May 30, ”the Ministry of Labor was told.

In some departments, such as Tarn, no decree was issued at the end of the consultation, due to the unfavorable opinion of the social partners. Conversely, in Isère, shops will be open every Sunday in June. The ministry recalled that “all the compensation provided for by law in the context of Sunday work must be granted to the employee, both with regard to volunteering and salary compensation and in matters of compensatory rest”.

The organization of teleworking still under discussion

The social partners also discussed with the Minister the new health protocol that will be in force in the company on June 9. Employers will have to set, “within the framework of local social dialogue, a minimum number of teleworking days per week”, according to the text proposed by the government and which has not been called into question.

Since the end of October 2020, due to the health crisis linked to the Covid-19 epidemic, the national company protocol provided that, for employees who can perform all of their tasks remotely, “the working time teleworking is increased to 100% ”. Since January, a “valve” has been added with the possibility of returning one day a week.