“Accident” or “terrorism”, the vagueness reigns around the nuclear complex of Natanz 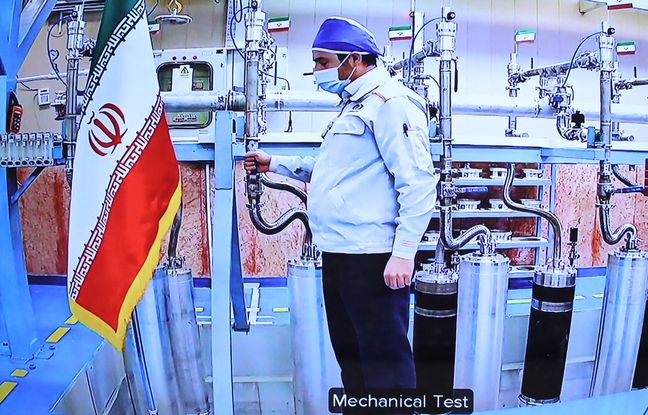 The nuclear complex of Natanz, in central Iran, suffered a new “accident” this Sunday, described as an act of “terrorist” by Tehran. The Iranian Atomic Energy Organization (OIEA) first announced in the morning a “power failure” – quickly described as suspicious by a conservative deputy – in its uranium enrichment plant at the Chahid Ahmad- complex. Rochan de Natanz, one of the nerve centers of the Islamic Republic’s nuclear program.

A press release from OIEA chief Ali-Akbar Saléhi announced in the early evening that the “accident” was in fact an act of “anti-nuclear terrorism” but without providing the slightest detail on the exact nature of this attack or on its consequences. . The Iranian media did not broadcast any photos or videos of the Natanz center after this sabotage, which was described as “futile”. The press release does not incriminate any group or state directly.

Referring to the discussions underway in Vienna to try to bring the United States back to the 2015 international Iran nuclear agreement and to lift the sanctions imposed by Washington against Tehran since the United States left this pact in 2018, Ali-AkbarSaléhi believes that the action against Natanz “reflects (…) the failure of opponents (to these) negotiations”. According to him, it also relates to “the defeat of the opponents (to a) booming development of the nuclear industry” in Iran which, he promises, will continue to “seriously pursue (its) expansion” in this area.

Earlier, the spokesperson for the OIEA had told state television that an “accident” of unknown origin “in part of the electrical circuit of the enrichment plant in Chahid-Ahmadi-Rochan” had caused “a power failure”. “Fortunately, we had no deaths, injuries or pollution. There are no particular problems, ”he added.

In early July 2020, an advanced centrifuge assembly plant in Natanz was badly damaged by a mysterious explosion. The authorities have concluded that there has been “sabotage” of “terrorist” origin, but have not yet released the results of their investigation.