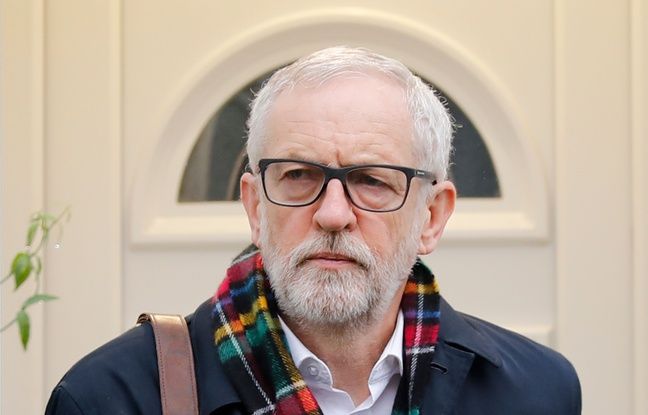 Jeremy Corbyn remains excluded from the British Labor parliamentary group after a damning report on anti-Semitism within the party when he led it, current party leader Keir Starmer said on Wednesday.

Jeremy Corbyn’s response to the independent report “undermined and delayed our work to restore confidence in the Labor Party’s ability to fight anti-Semitism,” Keir Starmer explained in support of his decision. Shaken for years by repeated incidents and a host of resignations, Labor was the subject of an investigation by an independent body, the Committee for Equality and Human Rights (EHRC), which concluded October to “inexcusable” failures resulting from a “lack of will to tackle anti-Semitism”.

Reinstated in the party

By refusing to reinstate Jeremy Corbyn in the Labor parliamentary group, Keir Starmer satisfies the Jewish associations, very upset against the ex-party leader, but risks arousing the anger of the left wing of the party that Corbyn represents. Keir Starmer left the door ajar, adding that he would continue to “study the situation”. Jeremy Corbyn had announced Tuesday that he had been reinstated in the opposition formation, but was waiting to know if he could sit as a Labor MP. He called on Labor to “come together now to oppose and defeat the deeply harmful Conservative government”.

At 71, Jeremy Corbyn was suspended for having questioned some of the report’s findings, notably accusing internal critics and the media of exaggerating the anti-Semitism existing under his leadership from 2015 to 2020. This decision was overturned by the National Executive Committee (NEC) of Labor, the party’s governing body.