Accused of plagiarism, the favorite to the succession of Merkel admits “errors” 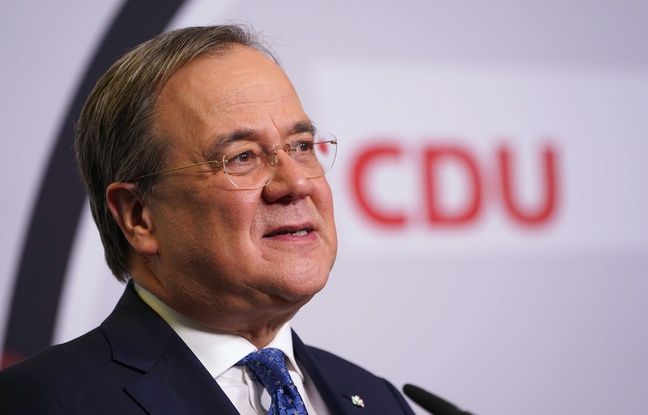 Armin Laschet does his mea culpa. The conservative, favorite to succeed Angela Merkel after the legislative elections in September, admitted Friday “errors” in writing a book after accusations of plagiarism. “There are obviously mistakes for which I am responsible,” said the 60-year-old politician, admitting to having used material from at least one author without citing him as a source in this 2009 book.

“I want to apologize,” he continued, promising to promptly request “an audit of the whole book” to determine if there were any other similar errors.

The apology follows a tweet on Friday from the author in question, Karsten Weitzenegger, an expert in development aid, in which he indicated that he had been informed by a German “plagiarism hunter” that he had been cited without a source in this book by Armin Laschet. The author reacted with humor, saying he was delighted that “politicians are interested in science, which is not always necessarily the case with Mr. Laschet.”

Plagiarism hunter Heidingsfelder informed me that Armin #Laschet copied from me in his book in 2009.
I spontaneously denied ever writing anything so stupid. But it is probably my paper after all, I have no regrets. #Latchet writing tab pic.twitter.com/xcfhfLlMiR

The case comes at a time when Armin Laschet, already unpopular in Germany, is under fire from critics, especially after being filmed hilariously while in the foreground, the head of state Frank-Walter Steinmeier paid tribute to the victims of the devastating floods in mid-July. The candidate had also apologized.

Since then, the conservatives, who bring together the Christian Democratic Union (CDU) and their Bavarian ally CSU, have lost a few points in the polls of voting intentions, even if they remain in the lead and Armin Laschet thus keeps all his chances of reaching the supreme position.

The environmental candidate also in turmoil

Annalena Baerbock, environmental candidate for the chancellery, was also caught in the fault of plagiarism in early July in a campaign book “Jetzt”. A time at the top of the polls to replace Angela Merkel at the end of the legislative elections of September 26, the 40-year-old environmentalist committed several blunders which damaged her credibility. In particular, she failed to declare several thousand euros in bonuses paid by her party to the German Parliament and had to correct inaccuracies on her CV.

In a poll for RTL and NTV televisions published on Friday, the CDU / CSU lost 2 points to 28% of voting intentions while the Greens, the main competitor, rose by 1 point to 21%.

Israel proposes plan to ‘improve’ conditions for Palestinians in Gaza

“Tax the rich”, the tone is set for Joe Biden’s tax reform