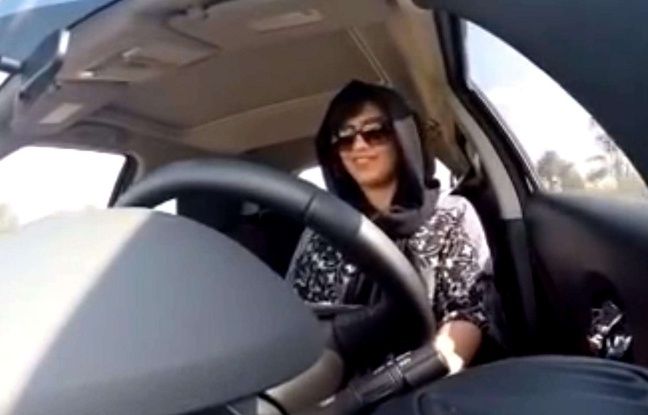 Saudi human rights activist Loujain al-Hathloul was sentenced Monday to five years and eight months in prison for terrorism-related crimes, Saudi media authorized to attend the trial reported. She was found guilty of “various activities prohibited by the anti-terrorism law,” said pro-power online media Sabq, a representative of whom attended the hearing.

The activist has been in pre-trial detention for more than two years, a period taken into account in the sentence handed down, Saudi media reported citing the court ruling, without further explanation. Loujain al-Hathloul was arrested along with other activists in May 2018, shortly before the lifting of the ban on driving for Saudi women, a reform for which these women were campaigning.

According to Saudi Foreign Minister Faisal ben Farhan Al-Saoud, Loujain al-Hathloul, 31, is accused of having been in contact with states “hostile” to the kingdom and of having transmitted confidential information. But the Saudi government has not provided any tangible evidence to support these accusations, according to those close to the activist.

Loujain al-Hathloul’s family announced on November 25 that his case had been transferred by a judge from the Riyadh criminal court to a court responsible for terrorism cases. This specialized criminal court was created in 2008 to try terrorism cases, but it has since been widely used to try political prisoners, according to human rights organizations.

Saudi Arabia is widely criticized in the West for its human rights record. The activist began a hunger strike in prison on October 26 before interrupting it two weeks later, according to her family and Amnesty International.

Loujain al-Hathloul had among others appeared on December 11, two days after the sentencing by the same court to six years in prison of a prominent American-Saudi doctor, Walid Fitaihi. He was notably accused of having obtained American nationality without authorization and of sympathy towards an unidentified terrorist organization.

“Loujain’s morale is good but his physical condition remains low,” his sister Alia al-Hathloul said at the time. A “fierce” activist for the cause of Saudi women, Loujain al-Hathloul has only carried out peaceful actions in the ultra-conservative kingdom.

She has long campaigned for the right of Saudi women to drive and for the end of the guardianship which puts women at the total mercy of men. A graduate of the Canadian University of British Columbia (UBC), she was arrested shortly before the driving ban imposed on Saudi women was lifted for “attempting to destabilize the kingdom”.

The pro-government media described these activists as “traitors” for having maintained contacts with diplomats and foreign NGOs. Ms. Hathloul’s family claim that she was the victim of sexual harassment and torture in detention. The activist said, according to her family, that the former royal adviser, Saud al-Qahtani, threatened to rape and kill her, which the authorities vigorously deny.

This is not the first time that this Saudi woman, familiar with social networks and from Al-Qassim, a conservative region in central Saudi Arabia, has found herself behind bars. She was arrested at the end of 2014 and taken into custody for attempting to enter Saudi Arabia driving a car from the United Arab Emirates. She was released 73 days later, following an international campaign.