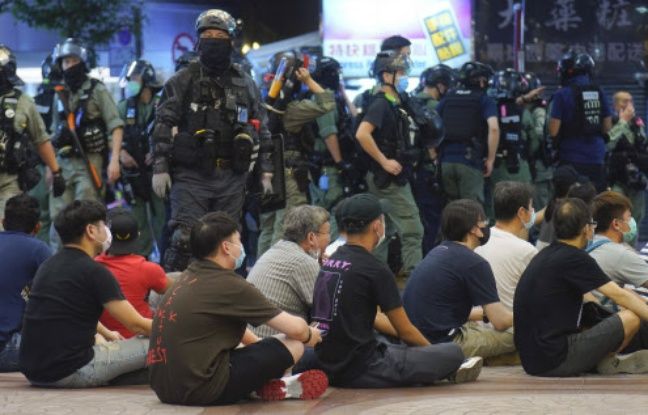 Lawsuits against figures of the pro-democracy movement are increasing in Hong Kong. A young Hong Kong activist was sentenced to four months in prison on Tuesday for contempt of the Chinese flag and illegal assembly.

At the head of a now dissolved group that demanded the independence of Hong Kong, Tony Chung was found guilty in early December of throwing a Chinese flag during clashes in front of the local parliament (Legco) in May 2019.

Tony Chung, 19, will wait during his detention for another trial for “secession”, an offense punishable by life imprisonment under the national security law imposed in late June by Beijing on the semi-autonomous territory . He is the first political figure to be prosecuted for having violated this new legislation intended to restore “order and stability” after seven months of monster demonstrations, and often violent, in 2019. On Wednesday, he was sentenced to three months of ‘imprisonment for each of the two acts for which he had been convicted: contempt of the national flag and illegal assembly. He will have to serve four months of detention.

In addition, he is being prosecuted for money laundering and conspiring to publish seditious content. The young man was arrested at the end of October by plainclothes police a few meters from the American consulate and had since been in pre-trial detention. According to a group calling itself “Friends of Hong Kong”, the young activist was arrested by the police that day because he wanted to seek asylum at the US consulate in Hong Kong.

A large number of pro-democracy activists have left the city of Kong to take refuge abroad since Beijing intensified the repression of movements denouncing the takeover of China in the territory. Under the controversial law, which leaves room for wide interpretation, activists who voice their opinions can be accused of “subversion” and “collusion with foreign forces”.

It also put an end to the legal safeguard which until then separated the theoretically independent Hong Kong judicial system widely recognized for its transparency from that of mainland China, very opaque and controlled by the Chinese Communist Party. This change paved the way for the extradition of suspects to China. Chinese television station CGTN said on Sunday that Hong Kong police have put 30 people, who are not currently in the city, on a wanted list for violating the national security law.