Aeronautics, big losers… What are the consequences of Covid-19 on the economy? 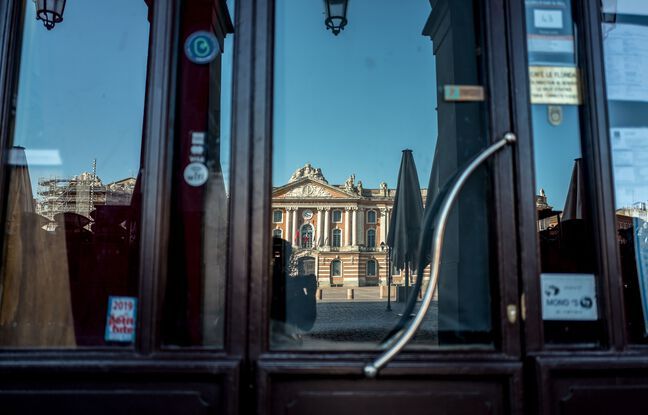 In this year of all dangers, how resilient is Toulouse’s economy? The Bank of France and the Toulouse Chamber of Commerce and Industry took the pulse of companies which, unsurprisingly, are still in slow motion. According to their latest business survey, due to Covid-19, Haut-Garonnaise activity experienced a “historic decline” of 15.7% in 2020. But, with government measures helping, the impact is limited on the salaried employment, down “only” 2.6%, the main victims being temporary workers, especially those in the aeronautics sector.

Optimists will choose to see that there were fewer bankruptcies than in 2019 (463 against 803), that the financial situation of three quarters of companies remains healthy and that, despite the uncertainties about the health situation, the rebound in the economy. he activity should reach 5.1% in 2021 (even 5.4% in the Toulouse metropolitan area). Pessimists by nature know that social plans are underway and will not take effect until later. And that, if the rebound is confirmed, “it will still lack 11 growth points to return to the situation of 2019”, as pointed out by Philippe Robardey, the president of the CCIT.

Addiction to aeronautics, again and again

Obviously, it is the Toulouse “engine of the economy” which has seized up, and which has made the other sectors more vulnerable in cascade. In the aeronautics sector, activity fell by 33% and the workforce fell by 10%. The drop is contagious since it is reflected in services (engineering, IT for example), at -28.6%. And, given the prospects for air traffic, the dependence maintained by the Toulouse ecosystem could, according to Stéphane Latouche, the regional director of the Banque de France, delay the effects of the recovery in Toulouse as in Occitanie.

If we look at the glass half full, some sectors have done well. After a 10% drop in 2020, construction is again almost 100%. Real estate professionals are also optimistic, predicting a 3.9% increase in their workforce this year. Supermarkets and the food retail trade, spared by the closures, are doing well. Finally, probably thanks to the effect of confinements, the retail niche of household equipment and DIY has returned to growth.

The survey puts figures on the expected slump in sectors struggling with administrative closures. The turnover of hotels, cafes and restaurants collapsed by 43%, the workforce fell by 10%. With the setting aside of business tourism, the hotel stock in the greater Toulouse area has seen its activity decline by 58%. With undoubtedly other upheavals to come in the sector. Philippe Robardey doubts the desire of employees on short-time work or in training for months to return to their old profession.