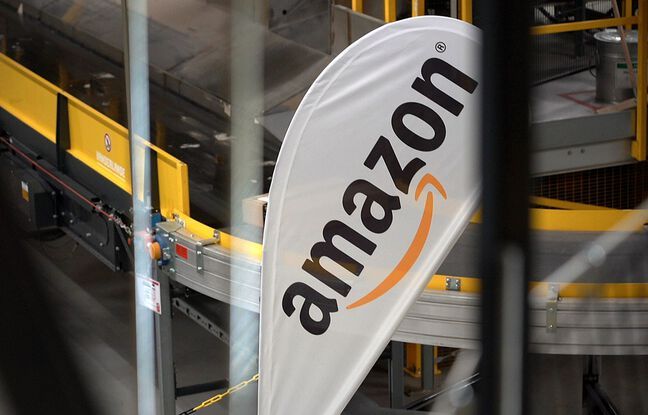 Charlotte Newman, an African-American manager at Amazon, filed a complaint on Monday against the tech giant. She accuses him of paying her less than her white male counterparts and of maintaining an atmosphere of discrimination such that a colleague “felt free to sexually harass her”.

The complaint details the efforts of Charlotte Newman, an employee of AWS, the cloud (remote computing) arm of the group, to alert her internal hierarchy to the racist and sexist prejudices that weigh on black women on a daily basis and on their careers. . “Amazon’s discriminatory behavior was not limited to paying Ms. Newman less than her white peers and failing to promote her for years after she had already taken on higher responsibilities,” the attorneys note.

“A higher-ranking male colleague also felt free to sexually harass her, sometimes even in public, demonstrating Ms. Newman’s vulnerable position within the company. Last October, four months after she reported the harassment – inappropriate advances and insulting remarks – as well as physical touching, the culprit was fired.

The complaint also mentions the circumstances that contributed to Charlotte Newman’s decision to prosecute: the discouragement of many African-American colleagues who feel devalued, even harassed, and the political context in the United States. “She feels the need to speak out in light of recent protests against heartbreaking examples of racial injustice, including the murders of Breonna Taylor on March 13, 2020 and George Floyd on May 25, 2020.” Her lawyers also cite a Recent article on Vox titled “Bias, Disrespect and Demotions: Black Employees Say Amazon Has a Racial Problem.”

An internal investigation in progress

African-American workers, including Charlotte Newman, blame Amazon for hiring them at a lower job level than they applied for. According to the complaint, in September 2019, black employees “were so demoralized by the lack of attention given to such blatantly unequal conditions, that they drafted a lengthy memorandum with very detailed proposals to counter the imbalances based on origins. ethnic and gender ”.

“Amazon works hard to foster a diverse, fair and inclusive corporate culture, and these accusations do not reflect these efforts or our values. We do not tolerate discrimination or harassment of any kind, ”responded a spokesperson for the Seattle group. And to add: “We are in the process of investigating the new charges mentioned in these lawsuits”.