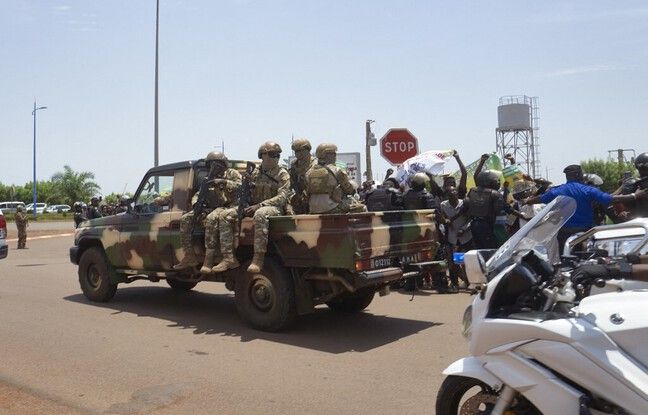 The African Union (AU) announced in a statement Tuesday evening its decision to suspend Mali, the scene in May of a second military coup in nine months. The AU “decides (…) to immediately suspend the Republic of Mali from its participation in all activities of the African Union, its organs and its institutions, until a normal constitutional order is restored in the country” , declares in this text the Council of Peace and Security (PSC) of the organization.

The AU calls on the Malian military to “urgently and unconditionally return to their barracks and refrain from any future interference in the political process in Mali”. It asks to establish the conditions for the return to a democratic transition “unhindered, transparent and rapid.” “Otherwise, the Council will not hesitate to impose targeted sanctions and other punitive measures” against those who prevent the transition, adds the text.

An assessment mission to Mali

The AU’s decision follows by a few days that of the Economic Community of West African States (ECOWAS) which has also announced to suspend Mali from its institutions. This Sahelian country has experienced two coups d’état in nine months. On August 18, 2020, President Ibrahim Boubacar Keïta, known as “IBK”, accused of corruption and powerlessness in the face of insecurity, was overthrown by a putsch after several months of anti-government demonstrations.

The AU then suspends Mali. But the continental organization lifted this decision in early October, after the junta committed to a transition to civilian power within 18 months. On April 15, 2021, the transitional authorities set dates in this sense in February and March 2022 for the presidential and legislative elections. But in May, the soldiers, dissatisfied with a recomposition of the government decided upon following a growing dispute, arrested the president and the prime minister, Bah Ndaw and Moctar Ouane, taken under duress to the military camp of Kati, near Bamako.

The Constitutional Court then declares head of state and transitional president Colonel Assimi Goïta, a key man in the current political crisis. The latter assured that the planned elections will be held during 2022. In its press release, the AU calls for none of the current leaders to stand for the upcoming elections and calls for the lifting of “restrictions” on all political actors, including Bah Ndaw and Moctar Ouane, currently under house arrest. She also announces the forthcoming organization of an assessment mission to Mali.