After accusations of refoulements of migrants, the country wants to put an end to “attempts to tarnish” its image 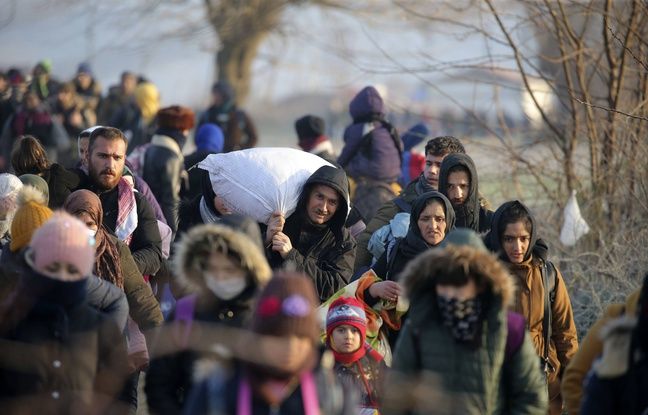 The Greek Minister of the Merchant Navy described on Tuesday as “non-existent” the denunciations concerning refoulements of migrants to Turkey, while 50 human rights NGOs again condemned this “practice” which “constitutes a official policy ”.

The practice of refoulements “seems to have currently acquired systematic characteristics and constitutes an official policy”, denounced these NGOs, including Refugee Rights Europe (RRE) and the International Rescue Committee (IRC). “Although it is not a new phenomenon, this policy (…) has worsened in an unprecedented way this last year”, they point out, condemning “the tolerance and / and the implication of Frontex ”(the European Border Surveillance Agency) in these refoulements.

An investigation into the denunciations

Greece has been called on several times by the European Union and the UN High Commissioner for Refugees (UNHCR) to investigate denunciations published by NGOs or the media. According to these denunciations, migrants present on Greek territory or in Greek waters in the Aegean Sea were forced to return to neighboring Turkey before they could submit asylum claims in Greece, in violation of international law.

But the Greek Minister of the Merchant Navy Giannis Plakiotakis again rejected these accusations on Tuesday, describing them as “non-existent” during a meeting in Athens with the European Commissioner for Home Affairs, Ylva Johansson. He announced “the implementation of an internal mechanism to investigate in detail any incident and put an end to propaganda and attempts to tarnish the titanic Greek effort” to control its borders.

He welcomed “the strengthening of the number of Greek coast guards and cooperation with Frontex, which has contributed to the 85% reduction in the migratory flow to Greece in 2020”. Addressing the Commissioner, he called for “urgent funding of 15.8 million euros” to further strengthen “the control of Greek and European borders”, according to a ministerial statement.

Visiting Greece since Monday to inspect the construction of new migrant camps on the islands of Lesvos and Samos in the Aegean Sea, Ylva Johansson called on Greece to investigate the refoulements of migrants, adding that she was “very concerned” about UNHCR reports. However, she welcomed the “good cooperation” in 2020 with the Greek Minister of Migration Notis Mitarachi in terms of “decongestion” of overcrowded migrant camps on the islands in the Aegean Sea, and announced an envelope of 276 million euros. euros for the construction of new camps.