After Rudy Giuliani, another lawyer for Donald Trump positive for Covid-19 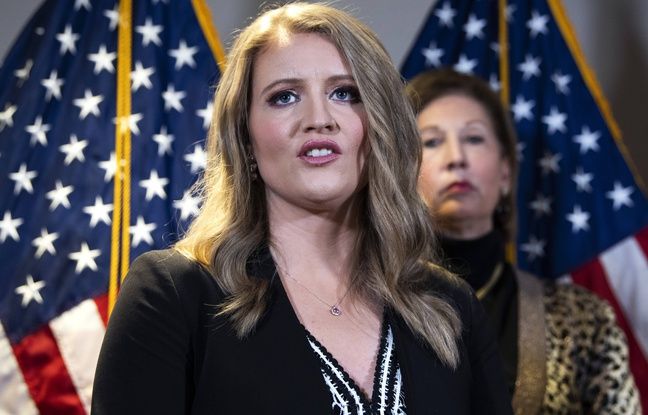 Are we heading towards a third cluster at the White House? After that of the Rose Garden for judge Amy Coney Barrett at the end of October, then election night on November 3, a Christmas party last Friday could become a “superspreader event”. According to Axios and ABC News, Donald Trump’s lawyer Jenna Ellis tested positive for Covid, and she attended the Christmas party without wearing a mask. Sunday, it was Donald Trump’s lawyer Rudy Giuliani who had revealed to be positive.

According to US media, Rudy Giuliani and Jenna Ellis attended a meeting last Thursday. Then Jenna Ellis went to the White House Christmas party. The former New York mayor felt bad this weekend and then tested positive. According to ABC, many White House employees are worried because they came with their families on Friday.

Deadline for appeals this Tuesday

On the court side, Donald Trump and his allies are 49 defeats for a single victory. On Tuesday, we should know whether the United States Supreme Court is seizing an appeal against the postal vote in Pennsylvania or chooses to kick in touch.

Texas also filed a lawsuit in the highest court against four states (Michigan, Pennsylvania, Wisconsin and Georgia) on Tuesday, arguing that changes made to facilitate postal voting violated the constitutions of those states and the country. But according to constitutional law professor Steve Vladeck, this appeal is not serious and has no chance of success.

It looks like we have a new leader in the “craziest lawsuit filed to purportedly challenge the election” category:

The State of Texas is suing Pennsylvania, Georgia, Michigan, and Wisconsin *directly* in #SCOTUS.

(Spoiler alert: The Court is *never* going to hear this one.) pic.twitter.com/2L4GmdCB6I

Tuesday is in fact the “safe harbor”, the deadline by which states must validate their list of electors who will vote on December 14 at the electoral college. But Donald Trump’s lawyers have already indicated that this date did not appear in the constitution and was, in short, only indicative. The battle could therefore continue until Congress certifies the results on January 6.