After the attack on a cathedral, are Christians in danger in Southeast Asia? 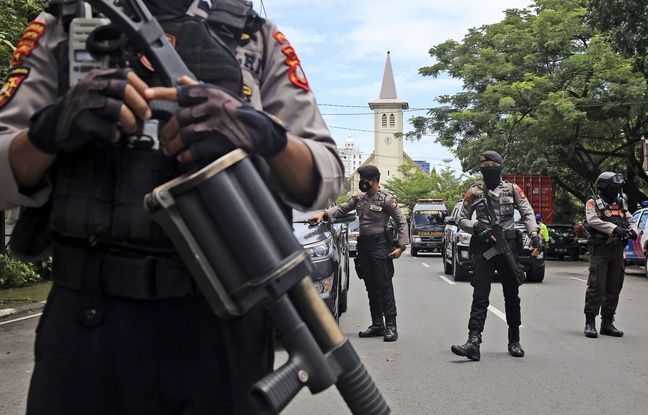 There were no deaths or deaths this Sunday in front of the cathedral of Makassar, in Indonesia, where an attack took place at the end of mass. But the symbol is there: the attack took place on Palm Sunday, when the feast of Easter arrives, the most important in the Christian calendar. Christians of all persuasions are less present than elsewhere on the planet in Southeast Asia. Most often in the minority, the number of believers nevertheless numbers in the tens of millions in some countries. What does not always protect them: 20 Minutes wanted to know more about the situation of Christians in Asia.

What are the precedents?

It is not for the first time in recent years that Christians have been attacked in the region. Not even in Indonesia. In May 2018, a family of six, including two girls aged 9 and 12 and two sons aged 16 and 18, close to the Islamist movement, set off bombs against three churches in Surabaya, the country’s second city, killing more than ten faithful.

The drama of this Sunday is also strangely reminiscent of the Easter 2019 attacks in Sri Lanka. On April 21 two years ago, more than 250 people died in a series of eight Islamist terrorist attacks, hours apart but coordinated. The targets were nationals and Westerners but also Christians and Christians since churches in full mass had been attacked. Shortly before, a cathedral had been targeted in January 2019 in Jolo in the Philippines. The attack left 20 people dead.

Why are Christians in danger?

For the NGO Aid to the Church in Distress cited in The cross, Christians in South Asia are under threat from “a triad of threats”: “Muslim extremism, aggressive nationalism and authoritarian regimes”. In the main cases cited, Islamist terrorism is the cause. Indonesia, in this case, is often summed up as the “biggest Muslim country in the world”: it is true. But in its 240 million inhabitants there are still more than 20 million Christians. Indonesia’s tradition of tolerance has been put to the test in recent years by the development of conservative and even extremist Islamic currents, and religious minorities, Christians but also Buddhists and Hindus are concerned about religious coexistence.

“Competition” with other religions is not the only cause. Not so far, in the Philippines, a country of 91 million inhabitants and yet almost totally Christian (90%) and Catholic (80%), the faithful are also victims of the populism of President Rodrigo Duterte, recalls The cross. He does not fail to attack them verbally. There, it is nationalism that weighs on the faithful. Ditto in India, where Prime Minister Narendra Modi leads a Hindu nationalist policy.

Finally, the Chinese and North Korean dictatorial regimes also make life difficult for believers in general and for local Christians as well. The same goes for the communist or post-communist regimes of Vietnam and Laos, we learn Life.

A more dangerous area than the Middle East for Christians?

The presence of Christian populations in the Near and Middle East is very old: it goes back to the origins of Christianity. She returned to the forefront of the news in the early 2010s, at the time of the rise of Daesh in Syria and Iraq, which persecuted these populations. Daesh has since fallen and its fighters, still scattered around the area, are, at least temporarily, much less active.

Thus, if we are to believe Benoît de Blanpré, new director of Aid to the Church in Danger cited in The cross, Southeast Asia “is today the region in the world most exposed to persecution, ahead of the Middle East in this sad list.” If the situation is also less alarming in the Middle East, it is also because the Christian communities have collapsed since the persecutions of Daesh. These Eastern Christians have swelled the columns of migrants who have tried – and still are trying – to reach Europe. Pope Francis, recently on a visit to Iraq, is still sorry for the virtual disappearance of the faithful in some regions.

With this dress, Billie Eilish made Oscar de la Renta bend over the use of fur