After two weeks of shutdown, the Bouchehr nuclear power plant returned to service 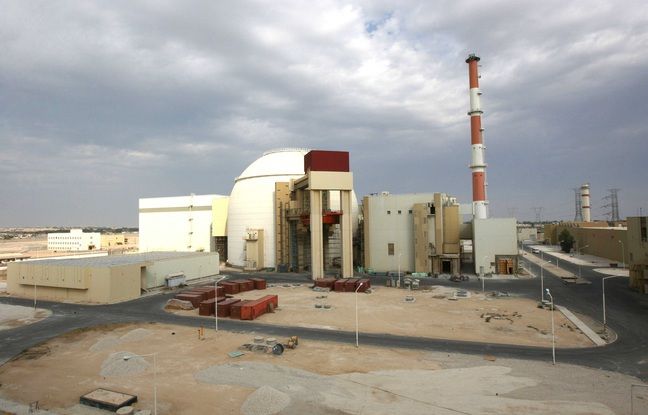 Iran’s only nuclear power plant resumed operations on Monday. “The technical fault (of the plant) has been resolved,” announced its director Mahmoud Jafari, while the Bouchehr nuclear site (south) had been shut down for two weeks due to a maintenance operation. Electricity production has resumed since Sunday, told Iranian agency Isna, Mahmoud Jafari, also deputy of the Iranian Atomic Energy Organization (OIEA).

Bouchehr is a port in the Gulf, closer to the capitals of several monarchies of the Arabian Peninsula than to Tehran, which is why the power station, built in an area subject to frequent earthquakes, worries these states.

On the night of June 20, the OIEA announced the temporary shutdown of the plant and its disconnection from the national electricity grid, citing a “technical failure”, without specifying the nature of the problem.

The organization had announced two days later, a “technical problem”, according to it, “observed in the generator” of the unit, promising to solve it “as soon as possible”.

“The equipment is in perfect condition”

In April, the region was rocked by a magnitude 5.8 earthquake, according to the American geological institute USGS. The earthquake left five people injured, according to Iranian state media. “All the facilities, equipment and buildings of the Bouchehr nuclear power plant are in perfect condition and its activities have not been interrupted” by the earthquake, then indicated the public relations department of the plant, in a press release. by the official agency.

The Bushehr plant, with a 1,000 MW reactor, was built by Russia and was officially delivered in September 2013, after years of delay. A major producer of oil and gas, the Islamic Republic wishes to build 20 nuclear power plants in the long term, in order to diversify its energy resources to be less dependent on fossil fuels for its internal consumption.