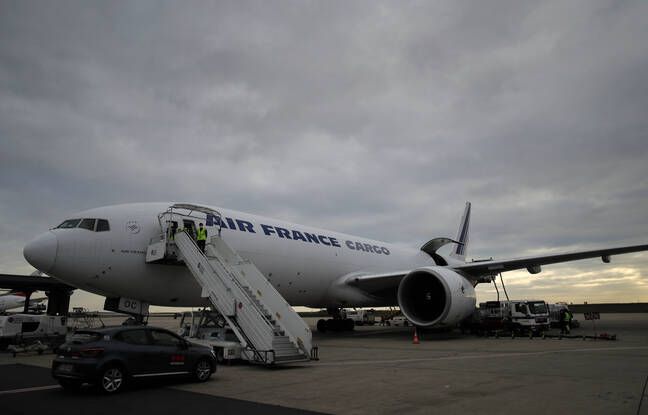 Air France has announced to suspend “until further notice” the overflight of the airspace of Belarus (or Belarus) by its aircraft, in accordance with an EU recommendation which adopted new sanctions against the Alexander regime. Lukashenko. “Air France has taken note of the conclusions of the European Council and is therefore suspending the overflight of (Belarusian) airspace by its aircraft until further notice. Aircraft already on the way will see their flight plan modified, ”the airline said in a statement overnight Monday to Tuesday.

“Air France constantly monitors the evolution of the geopolitical situation of the territories served and overflown by its aircraft and strictly applies the regulations”, she specified. EU leaders on Monday recommended that European companies bypass Belarusian airspace after adopting a new set of sanctions against the regime of Alexander Lukashenko, accused of having diverted a European airliner to Minsk to arrest a dissident, whose immediate release the EU demands.

About 2,000 aircraft fly over the country every week

The EU has also announced the closure of EU airspace in Belarus. London and Kiev had already blacklisted the airspace of this former Soviet republic and several airlines had already announced their decision to avoid its overflight including Lufthansa, SAS and AirBaltic.

Nearly 2,000 aircraft carrying out commercial flights fly through Belarusian airspace every week, the organization Eurocontrol said. The Belarusian company Belavia, for its part, operates around 20 flights every day from or to EU airports.

Roman Protassevich, a 26-year-old opposition journalist, and his partner Sofia Sapéga were on board a Ryanair Boeing from Athens to Vilnius when the plane was rerouted in Minsk on Sunday after a bomb threat is revealed to be false, according to Belarus. They were arrested at the airport and the young man is now being held in Minsk, the capital. Before the adoption of this new sanctions package, the EU had already blacklisted 88 regime members, including President Alexander Lukashenko, and seven entities.